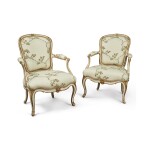 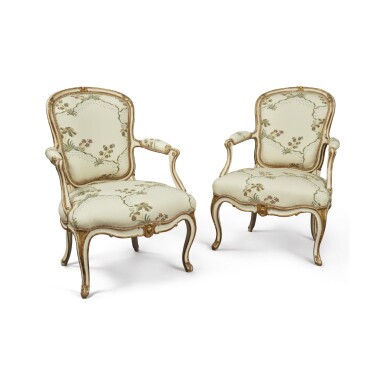 stamped on inside back rail TILLIARD

To request a condition report for this lot, please email StyleNewYork@sothebys.com.

Jean-Baptiste I Tilliard became Maître Menuisier du Garde-Meuble du Roi in 1728 and was a regular supplier to Versailles and other royal palaces. His son Jacques Jean-Baptiste, also referred to as Jean-Baptiste II, was received master in 1752 but did not officially register with the guild until 1764, when he took over his father's workshop. He used the same stamp as his father, which makes it difficult to assign authorship of signed works with certainty.