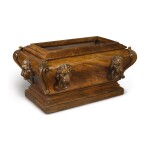 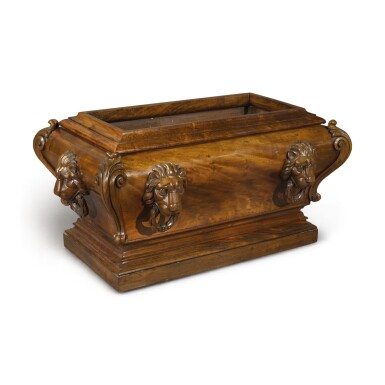 stamped Williams 49766 on inside top moulding, with metal lining

To request a condition report for this lot, please email StyleNewYork@sothebys.com.

The firm of Mack, Williams & Gibton dates to the late 18th century, when the cabinetmaker John Mack established a workshop in Abbey Street, Dublin, joined by Robert Gibton around 1801 and obtaining a royal warrant in 1806. After the latter's death in 1812 Gibton was succeeded by his son William, who, along with his brother-in-law and former apprentice Zachariah Williams, formed a new partnership: Mack, Williams & Gibton. They went on to become the leading cabinetmakers in Dublin during the first half of the 19th century. After John Mack's death in 1829 the two remaining partners continued trading under the name Williams and Gibton, and often stamped their work with their name and a five-digit number. The presence of only a Williams stamp on the present lot may have been an oversight or might suggest the work dates from after the death of William Gibton in 1842, when the company again changed its name to Williams and Son, under which they continued trading until 1852.

A sarcophagus-form wine cooler with a comparable boldly carved lion's heads after a design by the architect Francis Johnston, supplied by the firm to the 1st Marquess Wellesley, Lord Lieutenant of Ireland in c.1821, is in the Art Institute of Chicago (2015.456).