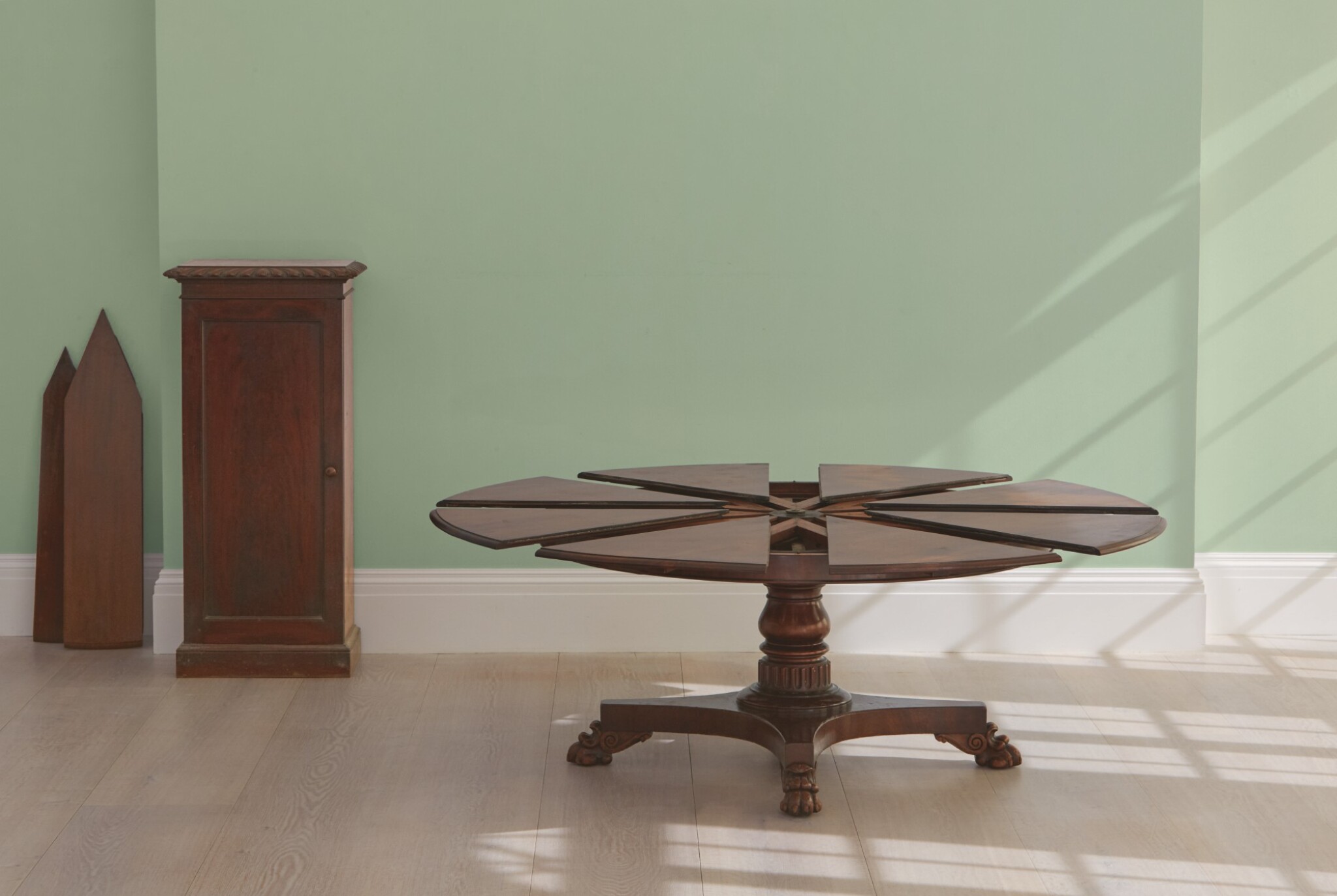 In overall reasonable restored condition. Variation to colour, additional leaves are darker. One pull out section with age crack. Restorations including re-veneering to tips of additional leaves and segmental sections of top, some of which are lacking brass tips. Mechanism would benefit from a clean and oiling. Quadruped base and feet with scuffs and scratches and minor losses to veneers as to be expected. Case in original condition and would benefit from a gentle clean. Baize is worn. Old marks and scratches and re-polishing. A remarkable and highly practical table.

The form of this table was invented by Robert Jupe, upholder of 47 Welbeck Street, Cavendish Square, who applied for a patent for a circular extending dining table with segmented top (no. 6788) in March 1835. The description for the patent stated: "An improved expanding table so constructed that the sections composing its surface may be caused to diverge from a common centre and that the spaces caused thereby may be filled up by inserting leaves or filling pieces."

The first tables of this type were produced by Jupe in association with the cabinet-maker John Johnstone of New Bond Street and carry a brass boss to the central mechanism engraved 'JUPES PATENT'. After 1842 the firm changed its name due to a new partnership and became Johnstone and Jeanes.