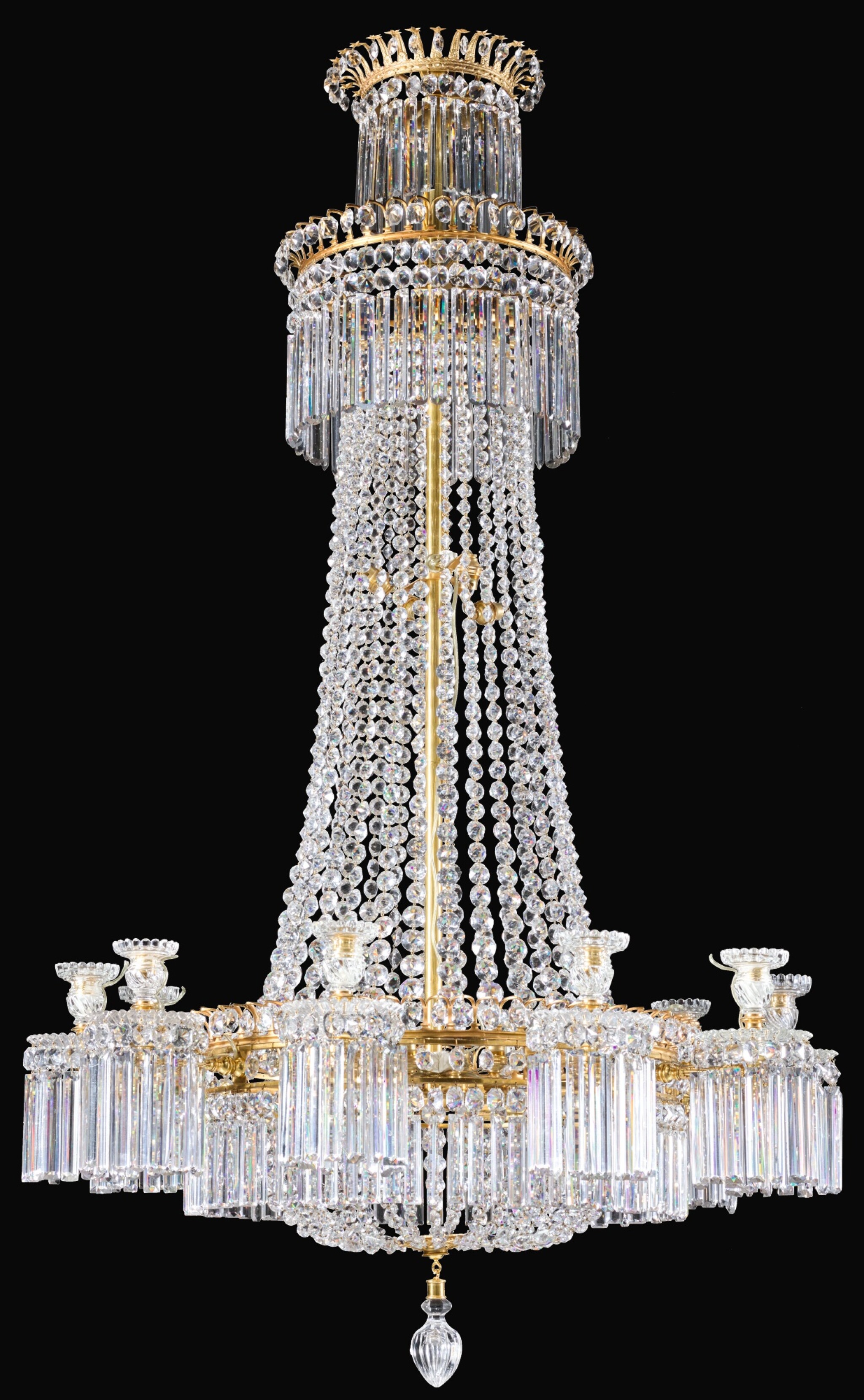 In overall excellent conserved condition. Will require re-wiring and installation by a professional. Some lustres and cut glass elements possibly replaced. Generally with very minor chips to glass entirely consistent with age and use. Of superior quality and impressive scale.

John Blades was a leading glass-manufacturer during the early part of the 19th century and was first recorded in 1783 as trading from premises at 5 Ludgate Hill, London where he continued to conduct business until his death in 1829.  By 1789 he had been appointed glass-maker to George III, succeeding Lazarus Jacobs, and went on to become the first and virtually only glass manufacturer in England who produced chandeliers and candelabra on a large and grandiose scale.

In 1797, the Drapers' Company commissioned John Blades to produce two chandeliers for the Court Room. These survive and thereby confirm his reputation as anticipating the 'fountain' style chandelier which the Prince of Wales later introduced at Carlton House in the early 1800s. In addition to other important English clients such as the Marquis of Westminster at Eaton Hall, Cheshire, Blades also attracted commissions from abroad from amongst others, the King of Persia, the Pasha of Egypt, the Tsar of Russia, whilst concurrently supplying George III and the government with pieces intended for export as diplomatic gifts.