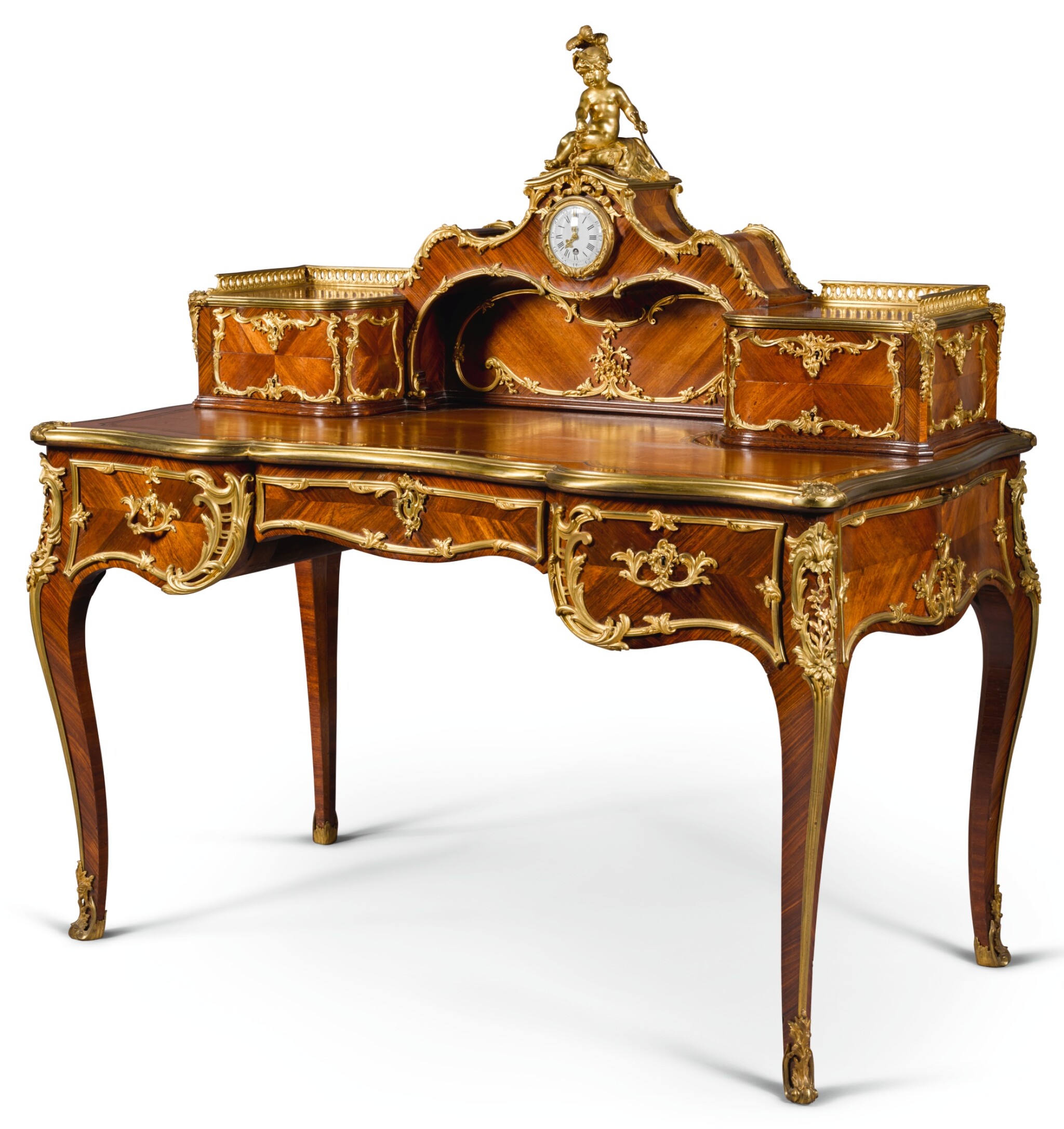 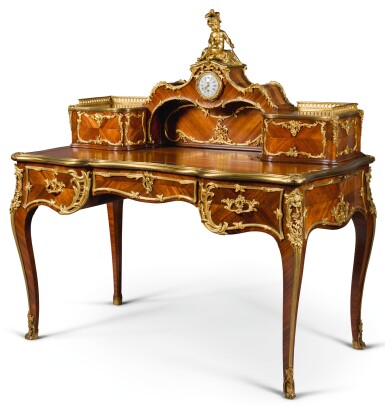 the superstructure with integral clock surmounted by cherub, flanked on both sides with two short drawers, the writing surface with later leather inset above three frieze drawers and two writing slides with green leather insets to either side

Overall in good conserved condition and ready to use. Minor loses to veneers notably to middle frieze drawer. Keys lacking and stoppers lacking to two drawers. With minor old marks and scratches consistent with age and use.

The design of this bureau de dame is closely related to the work of one of the leading Parisian ébéniste in the 19th century, François Linke (1855 - 1946), and his celebrated designer Léon Messagé (1842-1901). The figure of the ‘enfant guerrier’ most probably based on one of Messagé’s design from his Cahier des Dessins & Croquis, Style Louis XV. Almost identical figures are found on an inkstand signed Messagé, a watercolour of a longcase clock by Messagé and at the centre of a table’s stretcher (see C. Payne, François Linke, 1855-1946, The Belle Epoque of French Furniture, Woodbridge, 2003, p. 72, pl. 67, p.184, pl. 200 and p.241, pl.257).