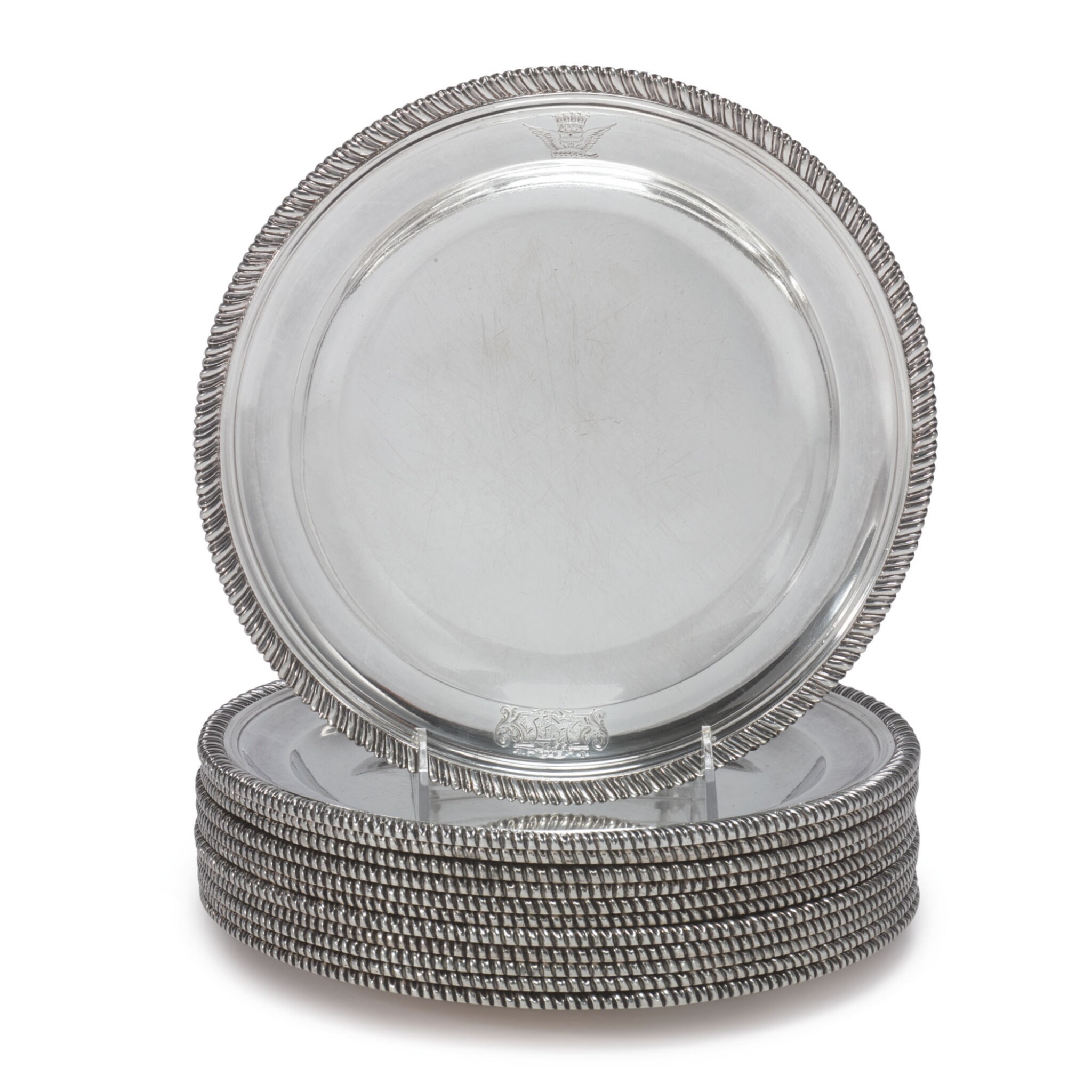 engraved with arms and a crest below coronet, gadroon rim

These plates are copied from a set made by Paul de Lamerie in 1725 for Benjamin Mildway (1672-1756), who married Frederica Darcy, daughter of the Duke of Schomberg, of Schomberg House, Pall Mall and Moulsham Hall, Essex. He was Commissioner of Excise 1720-28, became 19th Baron Fitzwalter in 1728; in 1730 raised to Earl Fitzwalter and Viscount Harwich, in 1738 became Treasurer of the Household with an allowance of 1000 oz. of plate for personal use. The Sterling and Francine Clark Institute has a set of plates from this service, and the Boston Museum of Fine Arts has a soup tureen (Hartman collection). Paul de Lamerie’s account with Mildmay of 1728 is in the Essex Record Office, reproduced by Christopher Hartop in The Huguenot Legacy, p. 48, and who also reproduces on p. 112 the Jewel House Accounts for February 7, 1737 including "one doz. Goodroond Plates 249. 10 oz” signed for by the butler Henry Longmore. Extensive information is in Beth Carver Weiss, English, Irish & Scottish Silver at the Sterling and Francine Clark Institute, pp. 132-133.