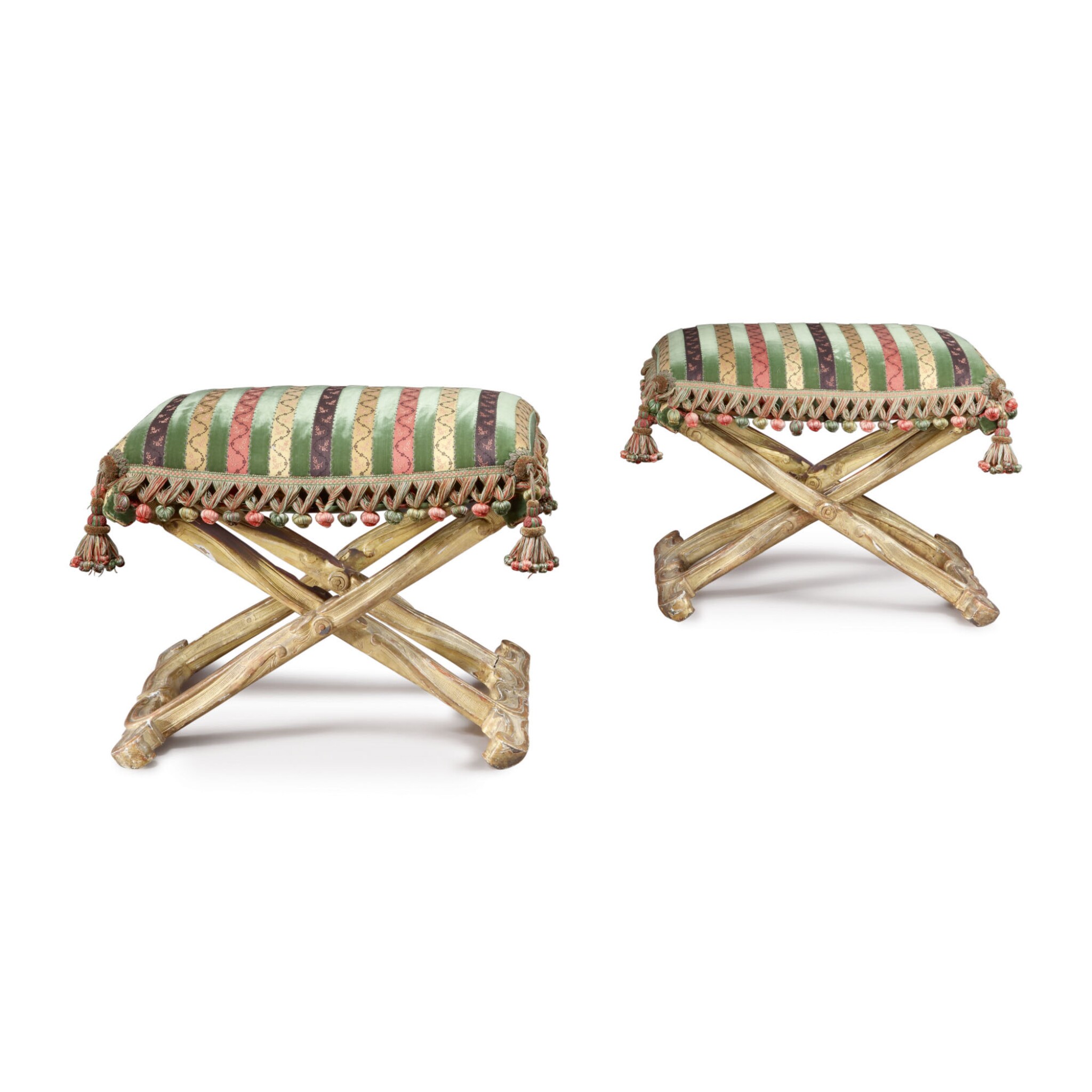 To request a condition report for this lot, please email Allison.Cox@sothebys.com.

Giltwood folding stools in this style, referred to alternatively as pliants or ployants, were supplied to Versailles and other royal palaces in large numbers by various menuisiers during the 18th century, notably during the 1760s by Nicolas Quinibert Foliot (1706-1777) maître in 1729 (one example illustrated P. Arizzoli-Clementel, Le Mobilier de Versailles, Dijon 2002, no.64 p.192). Foliot had previously provided comparable stools to Louis XV's daughter Madame Elisabeth, married to the Infante Don Philippe of Spain and Duke of Parma, for her palace in Colorno that she ordered during her visits to Paris between 1749 and 1759, setting a fashion for this form of seat furniture across several Italian courts, notably Turin.

Pliants played an important role in 18th-century court etiquette, as during official receptions there were strict rules about who was permitted to sit in what sort of seat, which varied considerably according to the highest rank of who was present. Normally only the King and Queen or visiting sovereigns were allowed to sit in a chair with arms, whereas chairs with backs but without arms were reserved for immediate members of the royal family and folding stools allowed for duchesses, the rest of the assembled company being required to stand.

Anita O'Keeffe Young (1891-1984) was the younger sister of the artist Georgia O'Keeffe and married to the railroad magnate Robert R. Young. She was a prominent philanthropist and hostess at her residences 'Fairholme' in Newport, designed by Harrie Lindeberg, and 'Montsorrel' in Palm Beach, designed by Jacques Regnault and Stéphane Boudin of Maison Jansen.