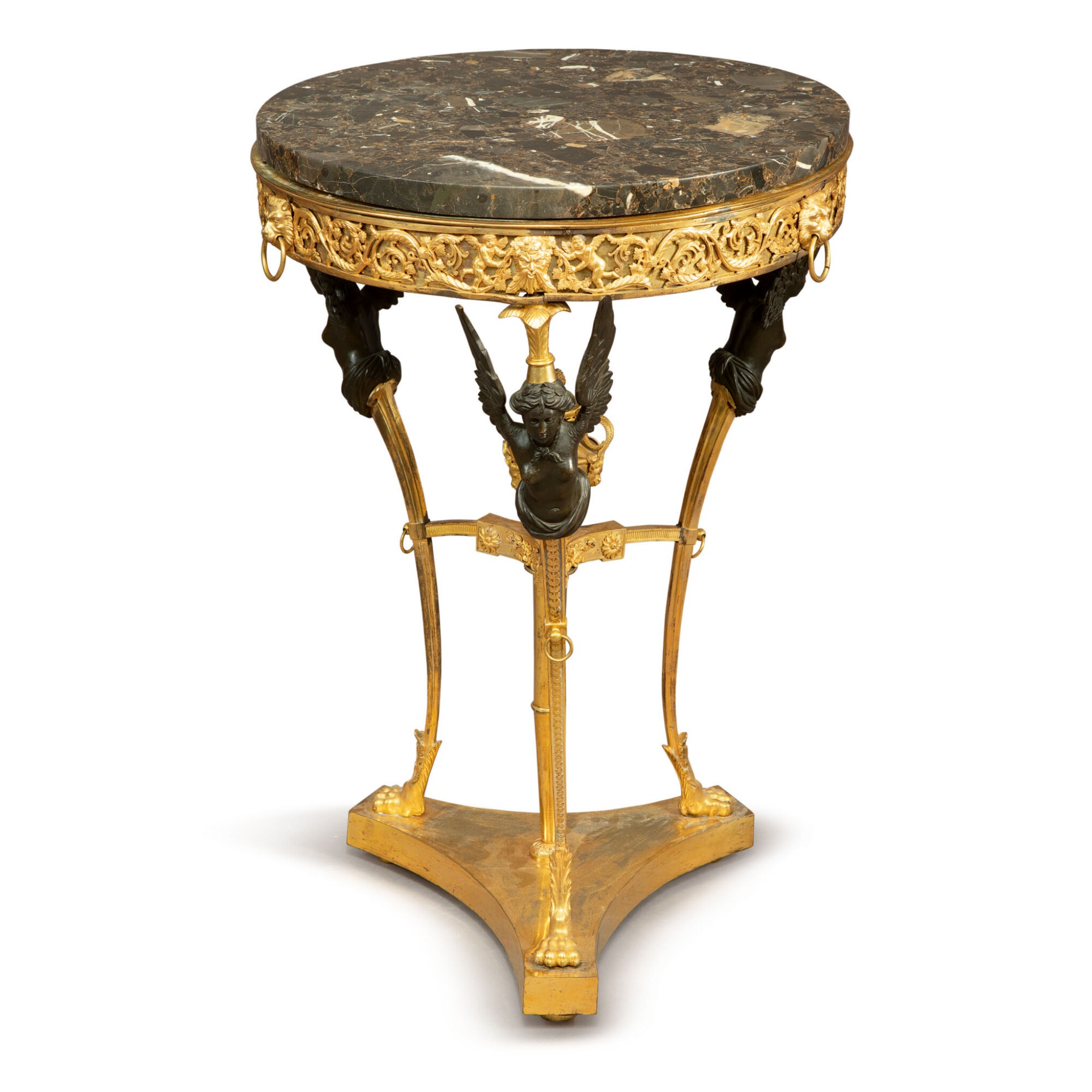 Scattered tarnishing and rubbing to gilding, the upper and lower borders of frieze slightly warped and lifting above sphinx. Marble top associated.

This table has previously been attributed to Gouthière and is related to a small group of similar guéridons in gilt and patinated bronze on griffin tripod bases. One is in the Musée Nissim de Camondo in Paris, acquired from the dealer Seligmann as by Thomire, and another was formerly in the collection of Boniface de Castellane and Anna Gould in the Palais Rose, Paris, sold Christie’s Paris, 7 March 2017, lot 116. A further example from the Helena Rubinstein and John Dorrance collections is now with Dalva Brothers, New York. A related but more elaborate model with the legs headed by winged female caryatids as on the present lot formed part of the celebrated interior of Pierre Delbée of Maison Jansen in Paris, sold Christie’s New York 28 April 2017, lot 21. It is suggested that this table is of Russian manufacture, based on its similarities to a guéridon documented in the Utheman Collection in St Petersburg and a larger table of identical design but with a specimen marble top, attributed to the architect Voronikhin and formerly part of the Stroganoff collections, sold by the Soviet government with Lepke in Berlin on 13 May 1931, lot 196.