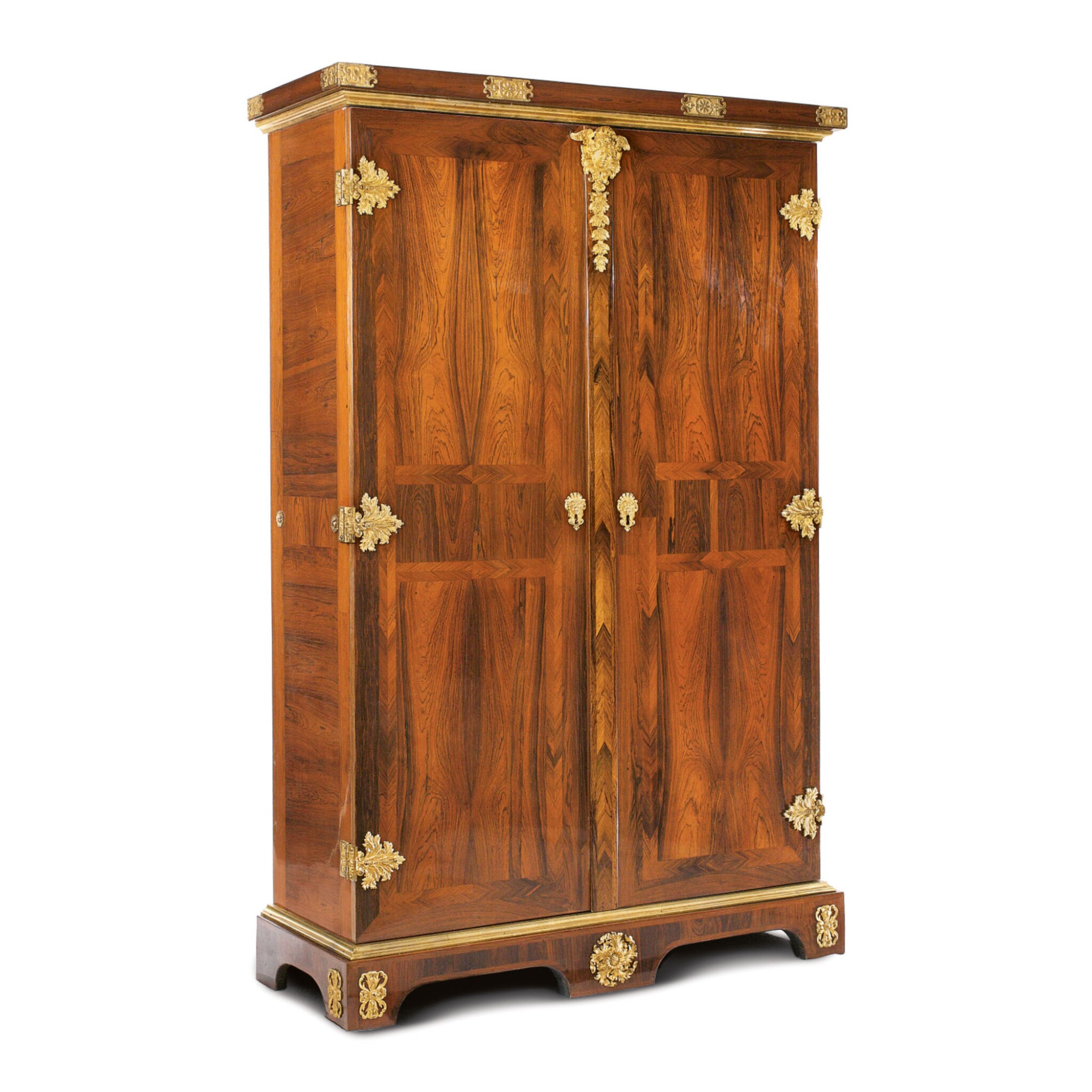 In good restored condition, alterations to back and interior. One scratch to base. Mounts in good condition.

A virtually identical armoire with the same gilt-bronze mounts attributed to Lieutaud was sold Christie's Paris, Une Exceptionnelle Collection Européenne Mise en scène par Emilio Terry, 15 September 2016, lot 73 (EUR 51,900 with premium). A further related example also attributable to Lieutaud was in the collection of Charles de Bestegui at the Château de Groussay, sold Sotheby's Paris, 3 June 1999, lot 538. François Lieutaud (c. 1665-1748) was born into a family of sculptors in Marseille and probably became a master ébéniste there in the late 17th century, before settling in Paris in c. 1709. His grandson was the cabinetmaker Balthazar Lieutaud, maître in 1749, who specialized in producing cases for long-case clocks. He was obviously acquainted with André-Charles Boulle who cited him as an expert witness in legal proceedings in 1719, and his surviving work places him among the leading cabinetmakers of the generation after Boulle working in Paris during the Régence period, along with Etienne Doirat, Antoine Gaudreaus and Charles Cressent.

Like Boulle and Cressent, Lieutaud was able to circumvent guild regulations and create his own models for gilt-bronze mounts, which are often unique to his pieces and serve as an aid to attribution. The distinctive winged mask used in the central upper section of both the present and the Christie's and Bestegui armoires also appears on several commodes stamped by or attributed to Lieutaud, including one sold Sotheby's New York, 20 October 2018, lot 1155 (illustrated in Alexandre Pradère, Les ébénistes français de Louis XIV à la Révolution, Paris 1989, p. 118, fig. 73); another formerly in the Akram Ojjeh collection sold Christie's Paris, 24 June 2002, lot 162; and a further example in the Ansbach Residenz, Germany (illustrated in Christoph Graf von Pfeil, Die Möbel der Residenz Ansbach, Munich 1999, no.7 p. 70-72).