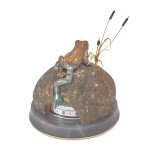 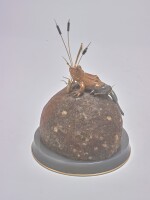 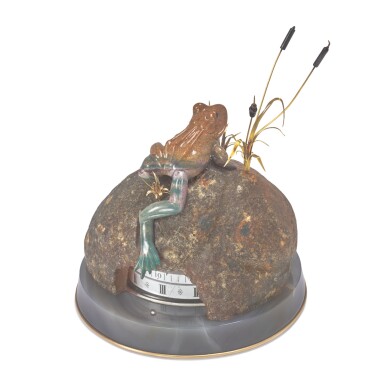 the naturally surfaced agate boulder topped by a carved polychrome jasper frog with cabochon tourmaline eyes and gold cattails, all on a banded blue agate base with applied gold rim, one side contains a battery operated clock behind rock crystal, Roman numerals and a cabochon moonstone indicate the minutes and hours

the base signed M. Wild, the gold base rim marked 750