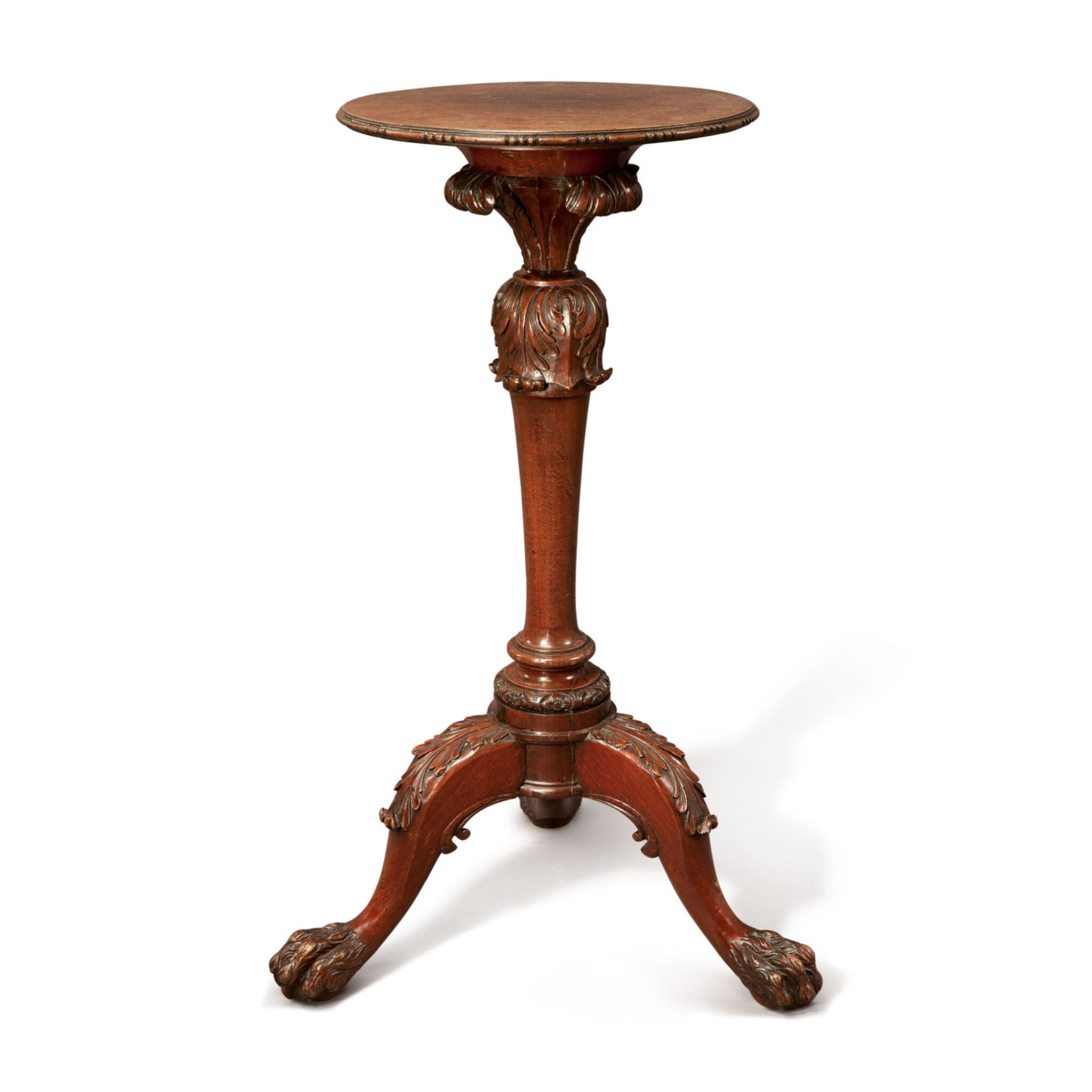 In good condition with a pleasing warm color and crisp carving with good relief. A few minor losses to extremities commensurate with age and use. One leg with repaired break at join with column and scuff mark. Small area (approx.. 1 in.) of leaf carving under top replaced. Top with an age crack (approximately 5 inches).

French and English Art Treasures of the Eighteenth Century in aide of the A.W.V.S., Parke-Bernet Galleries, New York 1942

This stand was formerly in the possession of Percival D. Griffiths Esq., who was advised by the pioneering furniture historian R. W. Symonds (1889-1958). Griffiths was one of a group of English furniture connoisseurs whose collections were created under the aegis of Symonds, including Geoffrey Blackwell, H. J. Joel, Samuel Messer, Eric Moller, and James Thursby Pelham. Symonds placed a particular emphasis on quality of design, construction and colour and valued works for their intrinsic merit regardless of their provenance. Symonds reproduced many examples from the Griffiths collection his publications, including English Furniture from Charles II to George II (1929) which was illustrated exclusively with Griffiths works. After his death in 1937 the collection was sold at Christie's London on 10 May 1939, though several pieces were sold privately by Symonds prior to the auction, the present lot included.

This work represents an early use of mahogany and is an unusual size, taller than most tripod kettle stands but shorter than typical candlestands which normally measure over three feet in height. Symonds described it alternatively as a 'tripod coffee table' (1921) and a tea-kettle stand (1929). A related stand of comparable height, also with acanthus carving on the baluster column and paw feet and unusually made of rosewood, is in the Noel Terry Collection at Fairfax House, York; this was recently reunited with its pair that appeared on the market in early 2019 (Woolley and Wallis, Salisbury, 9 January 2019, lot 145).