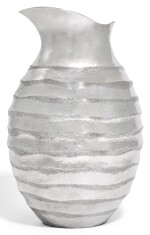 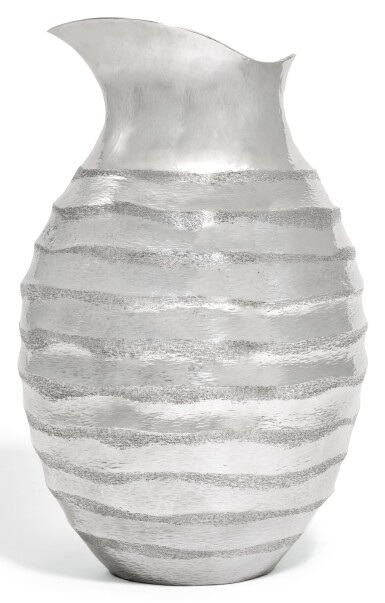 the bulbous body with upswept rim, hammer raised and chased with wavy-flutes

Born in Japan, Hiroshi Suzuki came to the United Kingdom and completed his MA at the Royal College of Art in 1999. Fascinated by nature and its 'imperfection,' he takes inspiration from its fluent expressions, trying to 'achieve that same imperfection.' His first aim was to 'destroy the metal' and pull the silver into shape, as if he were using his fingertips, that led him to develop his own hammering method without beating the metal over a cast iron stake. In this way, every one of Hiroshi Suzuki's pieces is a unique creation.

Suzuki currently has works in over thirty major public collections across the globe including the Victoria and Albert Museum, London and the Museum of Arts and Design, New York. Another bowl from this Dual-Rivulet III series, of which there are thought to be under ten examples, can be found in the National Museum of Scotland, Edinburgh.