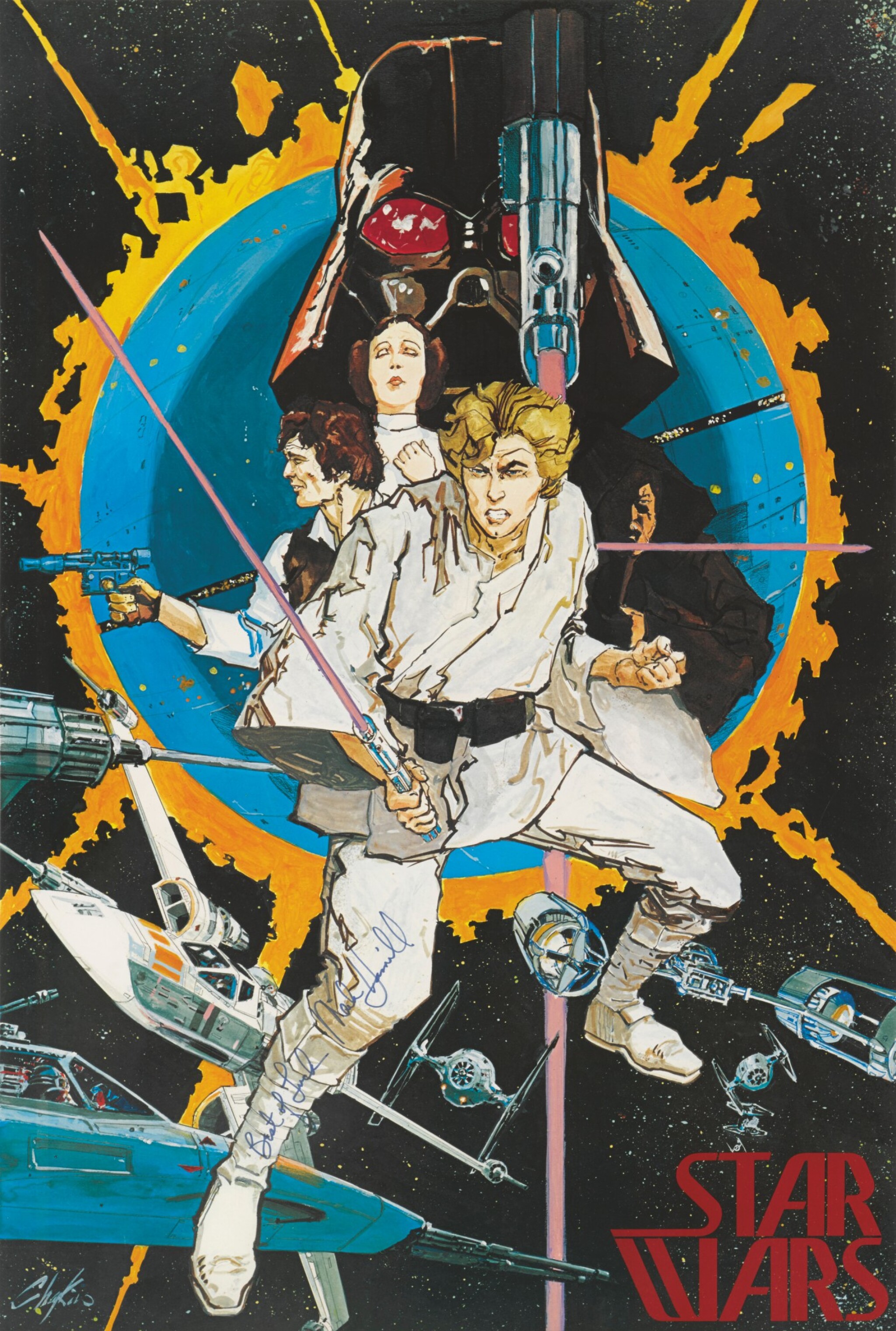 This was the first poster produced for the legendary Star Wars film. Howard Chaykin, a comic artist, was commissioned to design this advance poster. In 1976 this poster was distributed at the San Diego Comic Con in an attempt to create interest in the film. No film footage had been released, and the posters didn't sell well even for a modest $1. Chaykin would go on to work on the first six comics produced in the initial 1977-1986 series. This poster has the added appeal as it is signed 'Best wishes Mark Hamill'. This piece was in the Jerry Ohlinger collection for over thirty years.