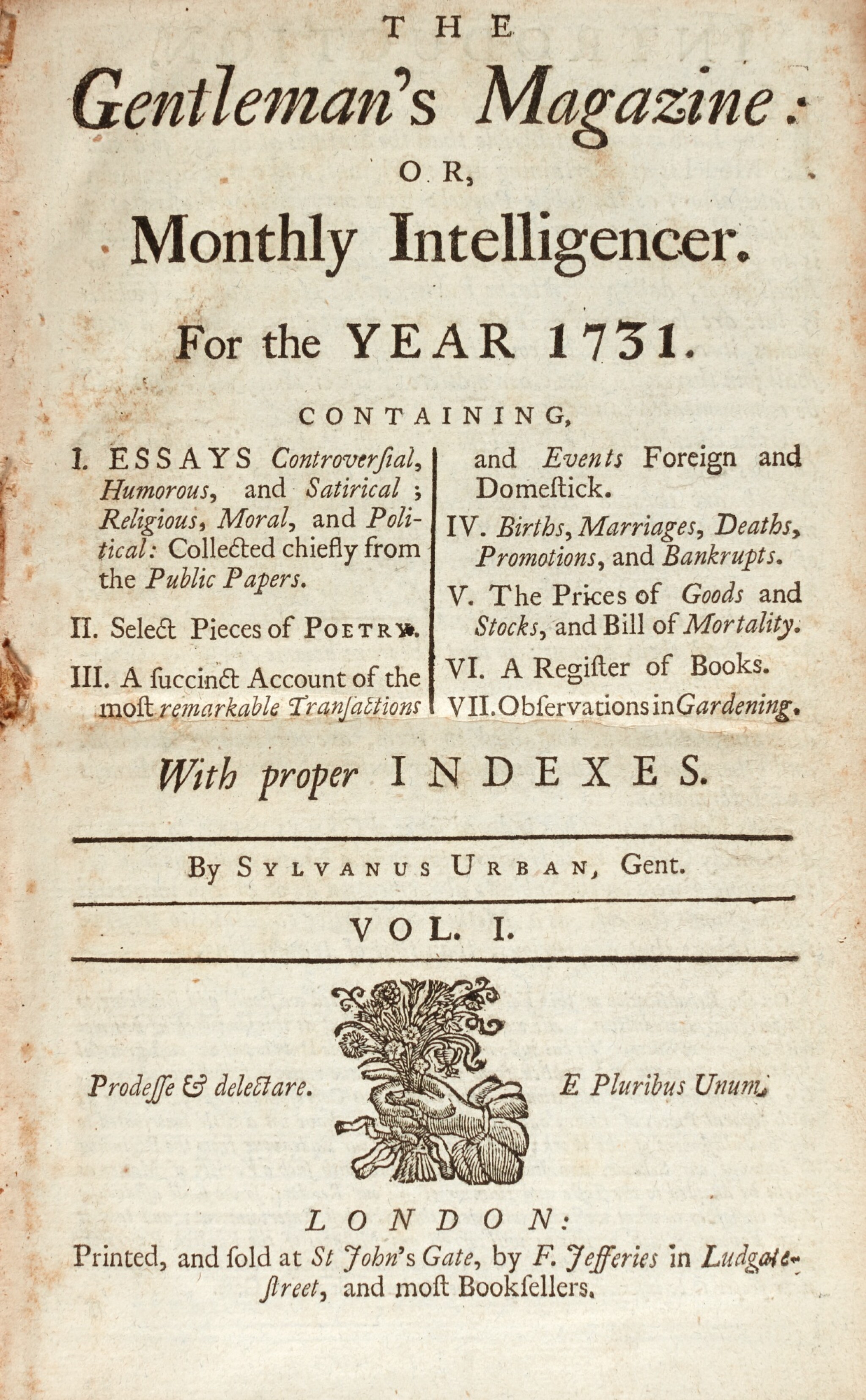 Established by Cave and edited by him under the pseudonym "Sylvanus Urban", The Gentleman's Magazine rapidly became "the most popular and enduring journal of the century" (ESTC), resulting in numerous reprints to meet demand. As such, identifying specific editions remains challenging. Even limited to only the years of Cave's proprietorship, "there are 24 annual volumes, comprising 312 separate numbers, some printed at least nine times, all occurring in states differing in every set, and many thereafter confused in mixtures of several sets" (Todd, A Bibliographical Account of The Gentleman's Magazine, 1731-1754 (1965), p.81).