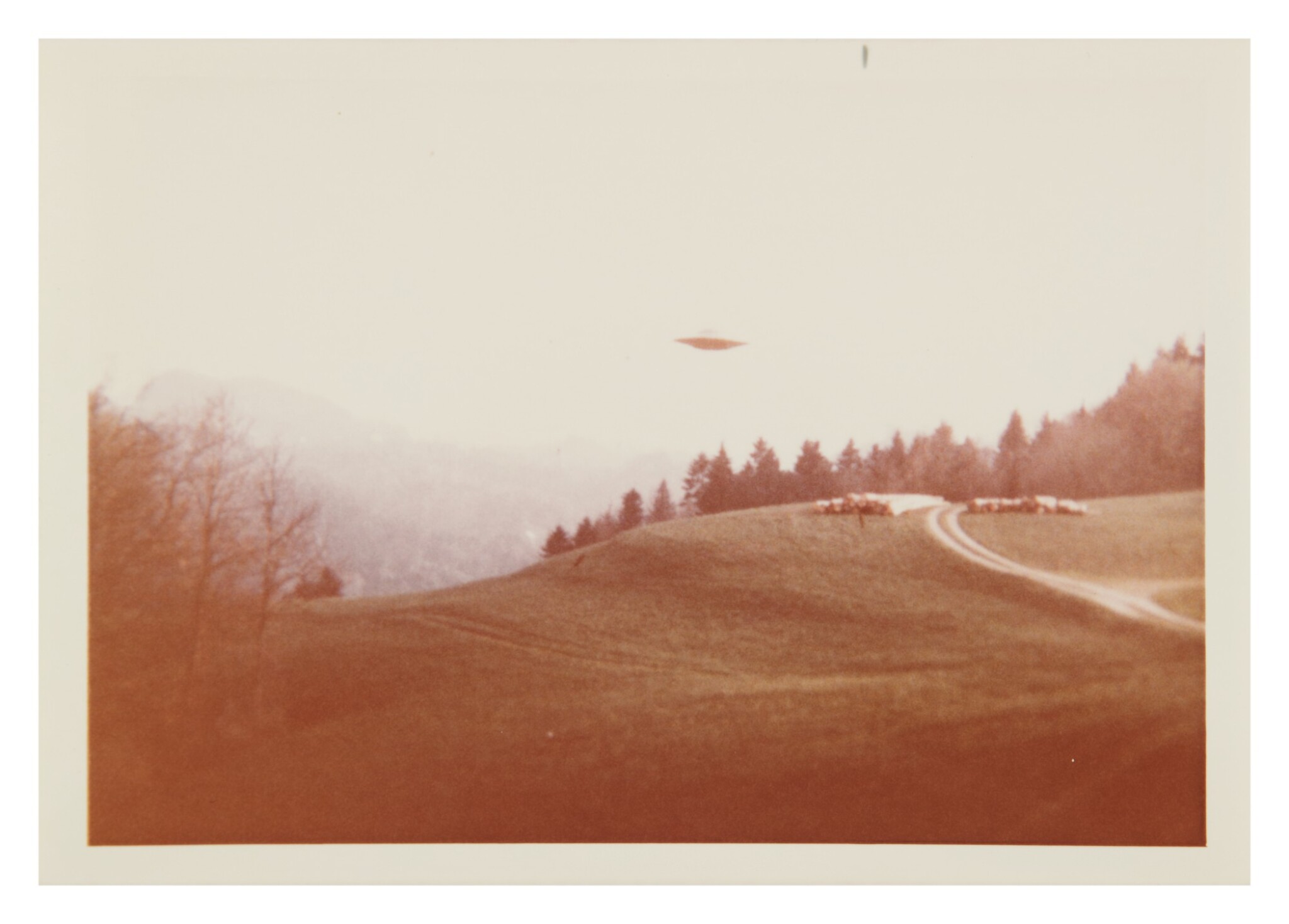 Taken in 1975 by "Billy" Eduard Albert Meier, alleged extraterrestrial contactee and the founder of Freie Interessengemeinschaft für Grenz- und Geisteswissenschafter und  Geisteswissenschafter und Ufologiestudien (Free Community of Interests for the Border and Spiritual Sciences and Ufological Studies), these images purport to depict an interstellar visit by spacecraft from the planet Erra, two with a single UFO moving slowly over the town of Berg Rumlikon, in Switzerland on June 14th, 1975 at 1:16 and 1:20 pm, and four images depicting a single UFO in a forested hilly area of Schmidrüti, Switzerland on March 18th, 1975, from 4:45 to 5:40 pm. The present series of photographs (along with lots 214 and 215) are among the most highly publicized and well-documented images of UFO phenomena ever recorded; in particular, one of the photographs in the present lot is perhaps one of the most famous and notorious UFO image of all time, as it was used to create the famous "I Want to Believe" poster featured in the hit TV series The X-Files, and continues to the the subject of countless internet memes related to the subject. The poster hung in the office of FBI Special Agent Fox Mulder (played by David Duchovny) for the first three seasons of the show, but was changed in the 4th season due to an intellectual property suit brought by Meier, as the creators of the show never obtained permission to use the image. In the 2016 re-boot of the show, the creators made up for this, and obtained permission from Meier to use two of his photographs in the trailer, one of which is part of lot 213 and the other, part of lot 215.