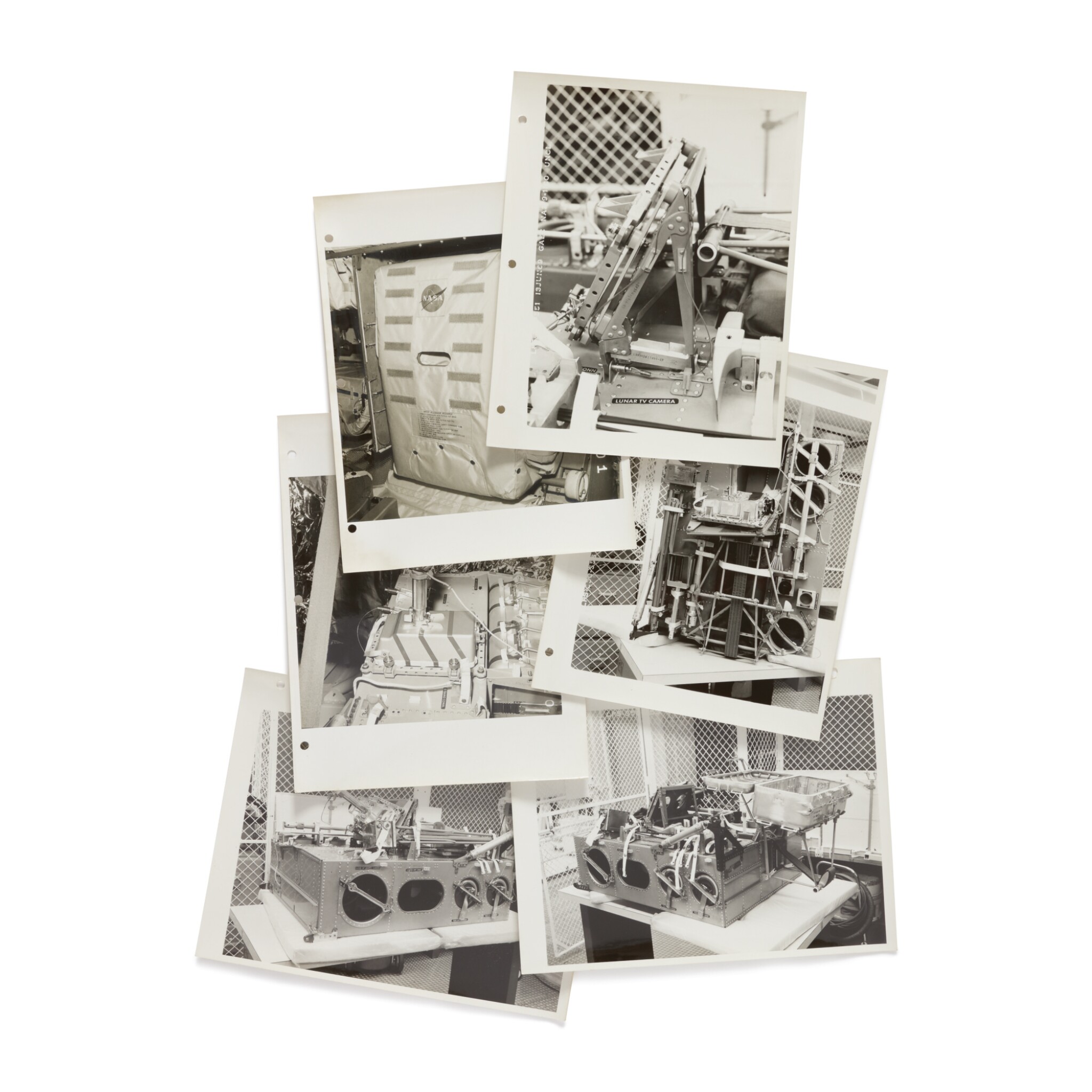 AN EXTENSIVE ARCHIVE OF VINTAGE PHOTOGRAPHS DOCUMENTING THE LUNAR MODULE, THE FIRST AND ONLY MANNED VEHICLE TO LAND ANYWHERE BEYOND EARTH

The development of the Lunar Module was overseen by Grumman Aircraft after NASA made the critical calculation to pursue a moon landing via Lunar Orbit Rendezvous (LOR), necessitating a separate aircraft capable of descent to the lunar surface, and ascent back into lunar orbit.

This archive depicts various interior and exterior aspects of the Lunar Module documented prior to launch, including the cabin, systems equipment and stowage areas, and the Modular Equipment Stowage Assembly (MESA), where lunar exploration equipment was stored. The MESA also contained a lunar TV camera, which would be activated as the Mission Commander descended the ladder to the lunar surface to capture the astronauts' first steps on the moon. In addition to photographs depicting the camera itself, two photographs depict a position study for the placement of the TV camera (marked "Position A" and "Position H"), revealing different vantage points under consideration to document that historic moment.