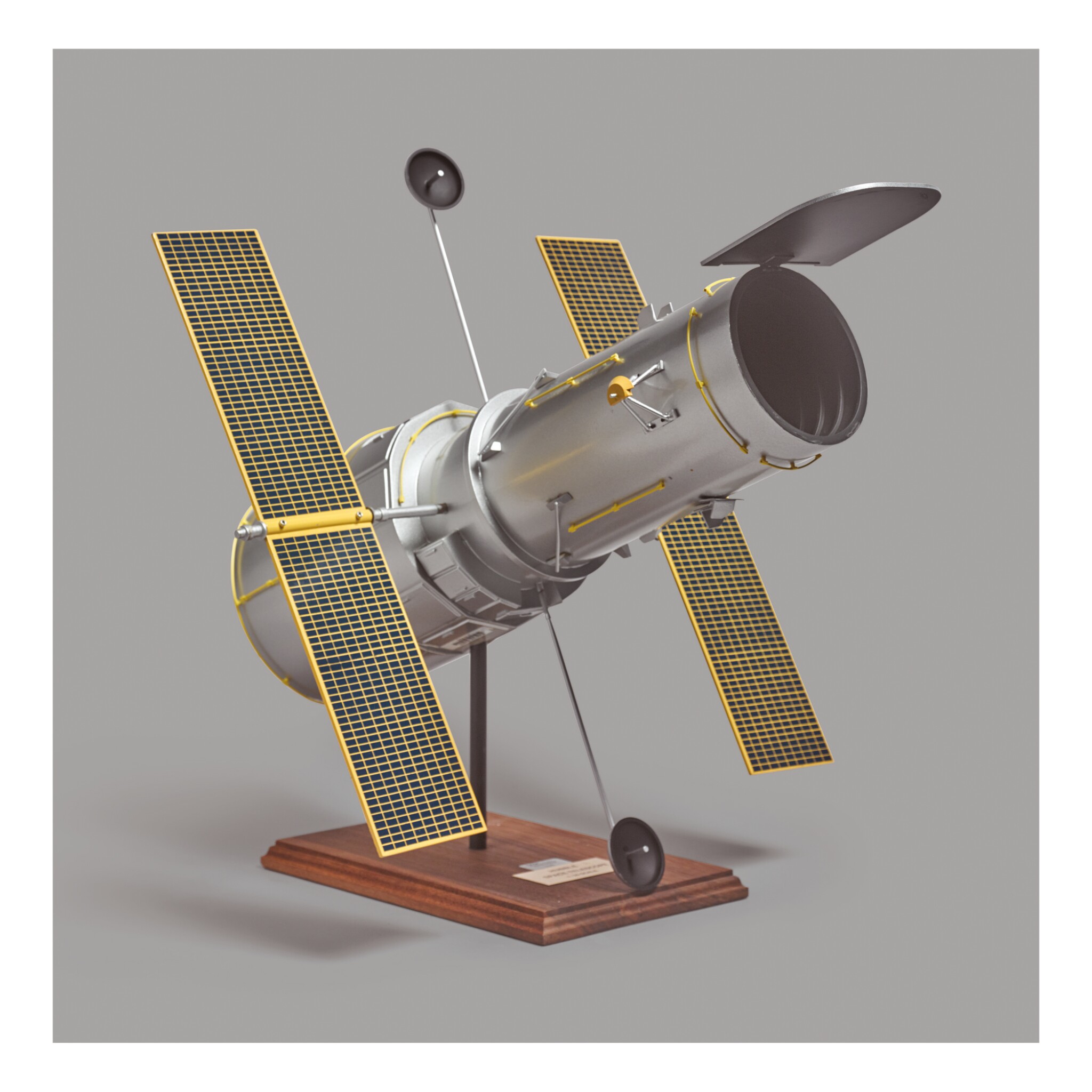 1:25 scale model in metal, resin and composite materials, (21 inches long with two 18 inch long solar panels), reflective mirror inside base of telescope, mounted onto wooden base (12 by 8 by 1 inches) with metal plaque reading "Hubble Space Telescope. 1:25 scale", and metal NASA worm logo tag indicating that this was made for the NASA Aerospace Education Services Program. In original carrying case. Some small chips/cracks.

Hubble was the world's first space-based optical telescope, named after the American astronomer Edwin Hubble. Launched into low Earth orbit in 1990, it marked the most significant advancement in astronomy since Galileo's refinements of the telescope in the beginning of the 17th century.