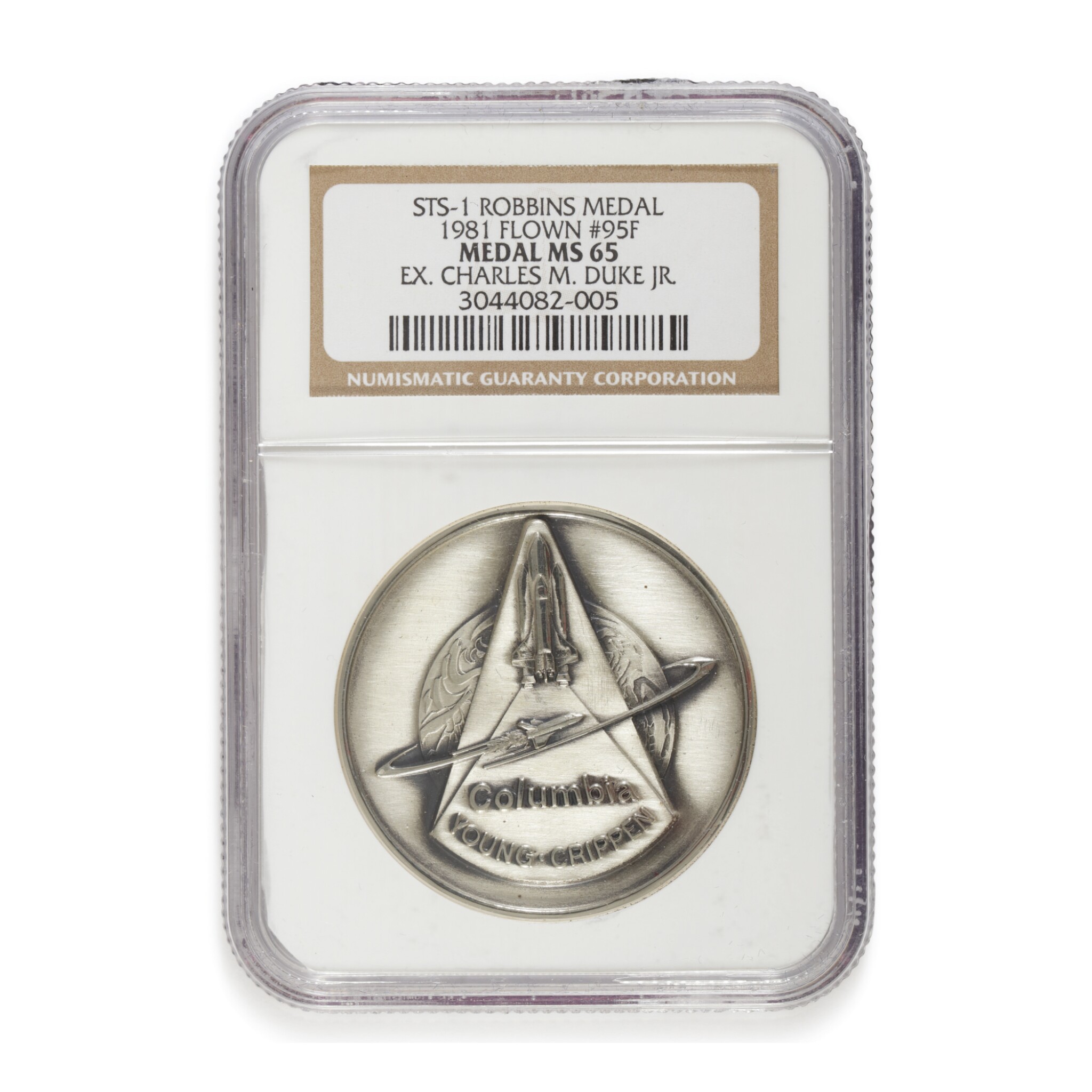 ONE OF ONLY 111 FLOWN OF 359 MINTED — THE FIRST ORBITAL SPACEFLIGHT OF NASA'S SPACE SHUTTLE PROGRAM, ORIGINALLY FROM THE COLLECTION OF APOLLO ASTRONAUT CHARLIE DUKE

Charlie Duke's provenance letter reads: "I hereby certify that STS 1 Silver Robbins Medal, serial number 95F, was one that was flown aboard the a space shuttle Columbia, April 12-14, 1981. STS 1 was the maiden voyage of the space shuttle and was commanded by my fellow Apollo 16 crewmember, John Young. This successful flight would begin a new era for space exploration. I wanted to be along. As a member of the Astronaut office, I was permitted to purchase this flown medal. It has been in my possession and a part of my personal collection of space artifacts since receiving it shortly after the mission."