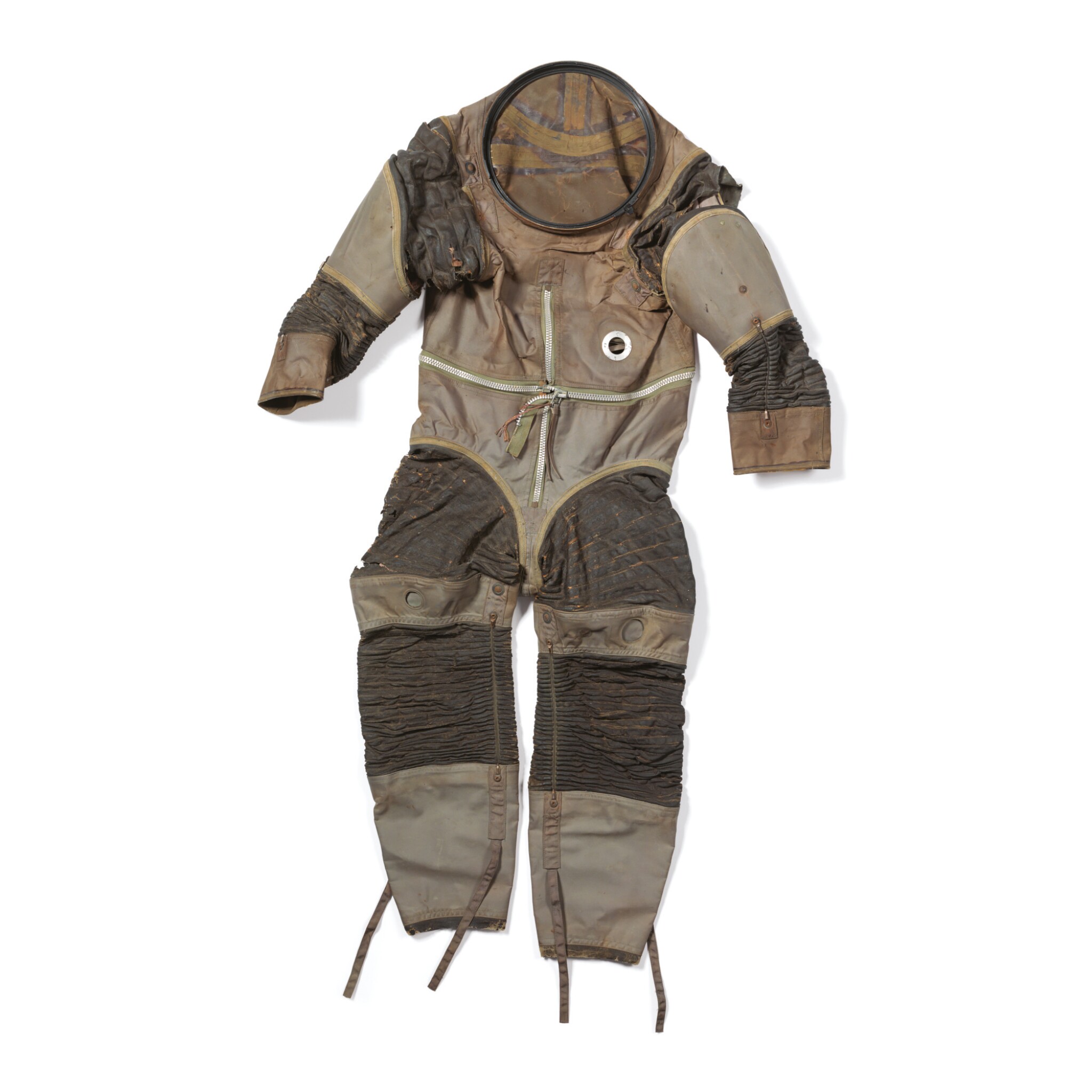 made by the International Latex Corporation, ca 1962

VERY RARE EARLY PROTOTYPE APOLLO SPACESUIT, THE ARCHETYPE FOR ALL SUBSEQUENT APOLLO SUITS. The SPD-117, sometimes referred to as "The Apollo State-of-the-Art Suit" was the very first spacesuit by the International Latex Corporation (ILC) to be assessed by NASA, and was the archetype for all subsequent Apollo spacesuits (though ILC had originally submitted it to NASA for the Mercury suit contract). While ILC did not win the contract for the Mercury Suits (B.F. Goodrich did), they were awarded a study contract to develop suits towards the lunar program, including the SPD-134 and the AX-1L. The SPD-117 is perhaps most recognized as being the "Major Matt Mason Suit" (from the toy of the same name).

IT WOULD APPEAR THAT THERE ARE NO EXAMPLES OF THE SPD-117 IN THE SMITHSONIAN NATIONAL AIR AND SPACE MUSEUM COLLECTION.

For details on the development of the Apollo and other spacesuits, see Young, Spacesuits: The Smithsonian National Air and Space Museum Collection, and Monchaux, Spacesuit: Fashioning Apollo.

Please note the following amendments to the printed catalogue: Please note, the ruched material on the suit is latex, and not leather as previously stated in the catalogue