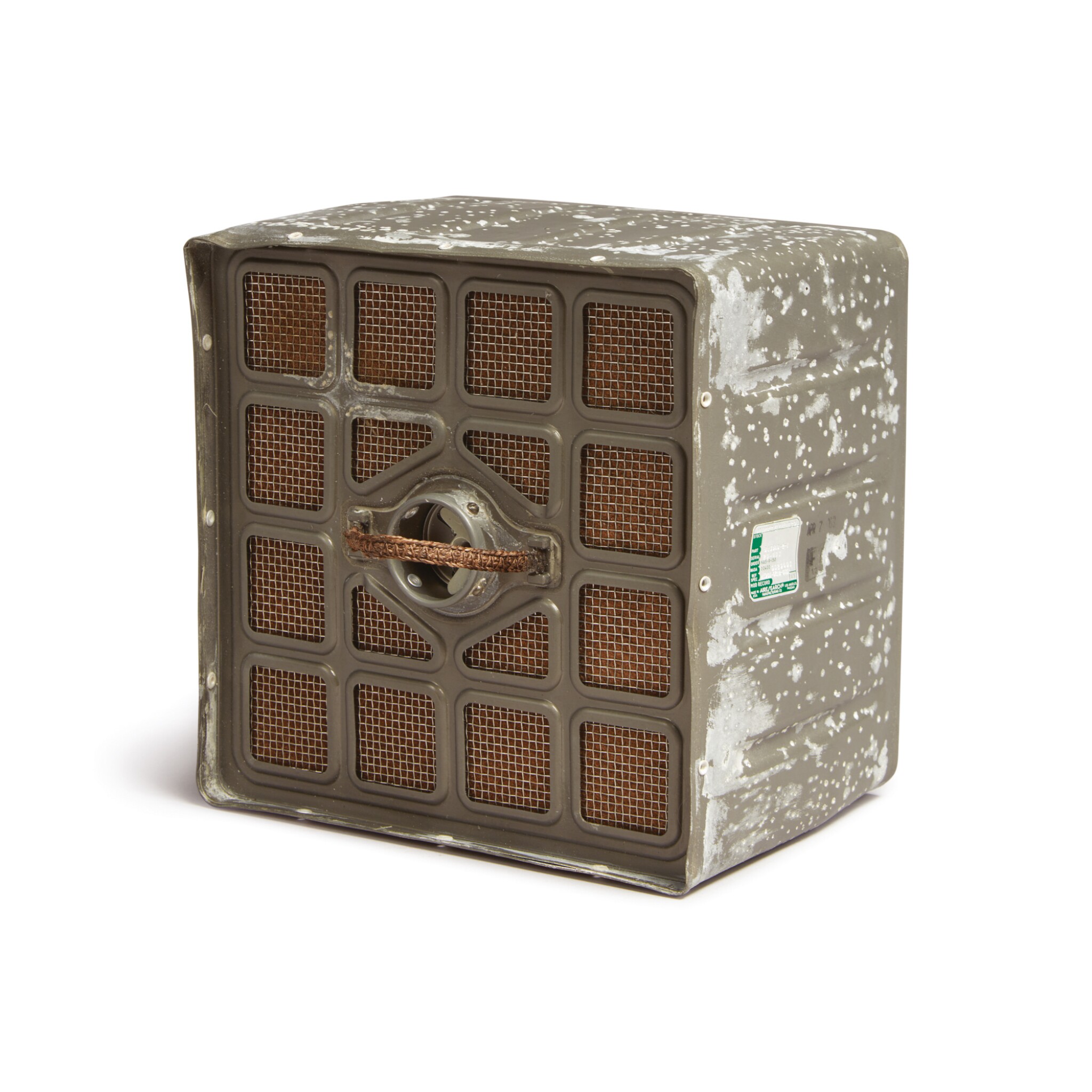 AN EXAMPLE OF ONE OF THE MOST FAMOUS PIECES OF APOLLO HARDWARE. Used to absorb carbon dioxide and remove odors from the air in a Command Module. Several of these canisters were carried on each flight, and were swapped out every 12 hours or so. This piece of Environmental Control System hardware would normally not be an item noticed by most, however it was launched into the spotlight during the near-disastrous Apollo 13 mission. At just under 56 hours into the mission, an oxygen tank explosion resulted in a major loss to electrical power to the Command and Service Module, forcing the crew to cancel the lunar landing and move into the Aquarius, using it as a lifeboat in order to survive a four day journey around the moon and return back to Earth. The levels of CO2 in the spacecraft were reaching lethal levels, however due to the fact that they Command/Service Module and the Lunar Module were built by two different contractors (North American Rockwell, and Grumman), the CO2 canisters in each were of incompatible size and shape. NASA engineer Ed Smylie devised the brilliant solution to the problem, by creating an adapter using materials found in the LM, including tape, LGC bags, and an EVA cue card, thus saving the lives of the Apollo 13 crew.

For more details on the mission, see the Apollo 13 Flight Plan, sold in these rooms in July 2017 https://www.sothebys.com/en/auctions/ecatalogue/2017/space-exploration-n09759/lot.140.html?locale=en