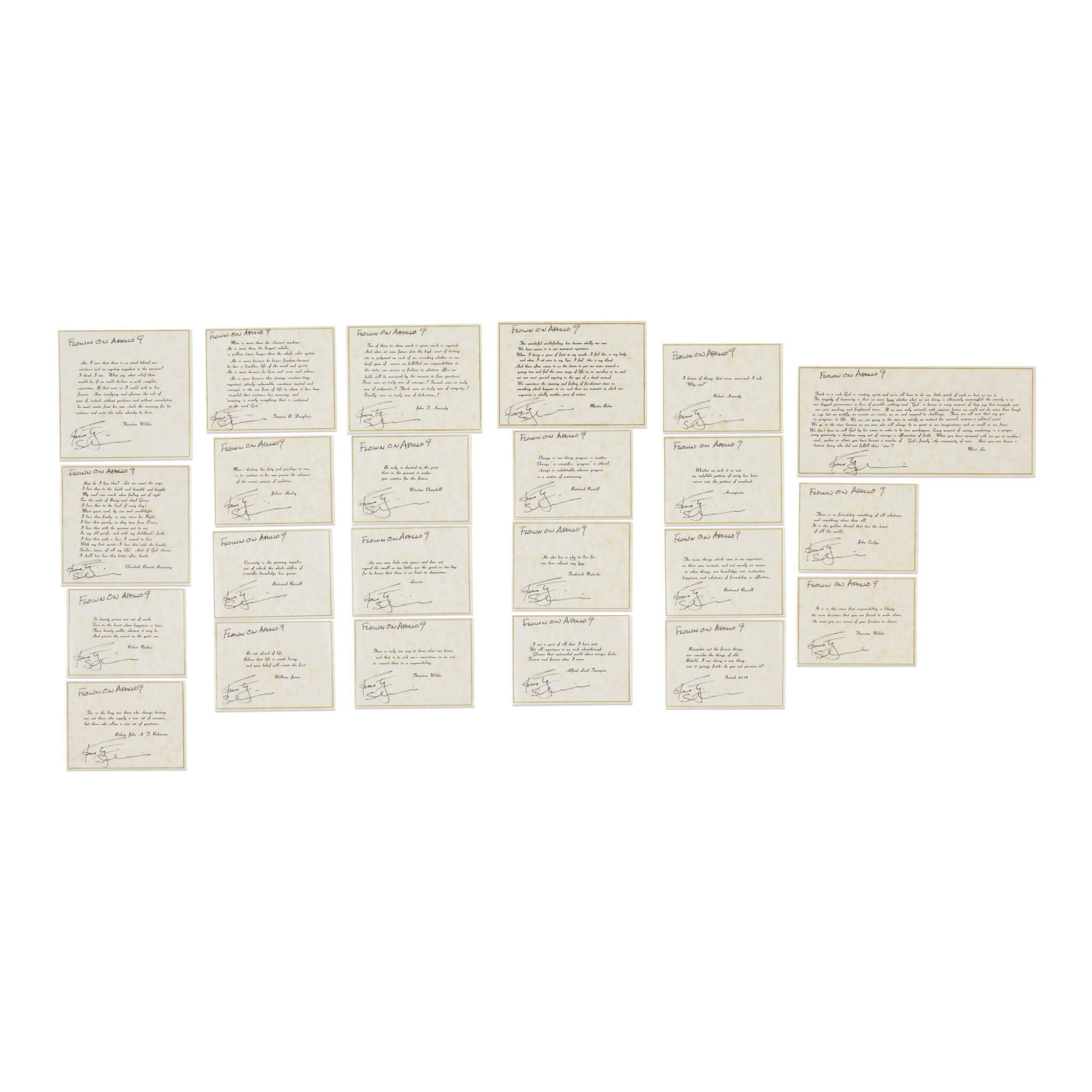 FLOWN group of 23 famous quotations, organized by Schweickart into 6 identified subsets, printed on onionskin paper, ranging in size from 3 by 4 to 3 ¾ by 8 inches, each SIGNED and INSCRIBED by RUSTY SCHWEICKART: "Flown on Apollo 9."

"There is only one way to know what one knows and that is to risk one’s convictions in an act, to commit them in a responsibility." — Thornton Wilder

This set of inspirational quotations spent ten days in space aboard Apollo 9, from 3-13 March 1969. Schweickart assembled this selection prior to launch over months of Sunday nights reading at home. He carried these quotations with him aboard Apollo 9 with the intention to honor a representation of human history and wisdom beyond his individual experience. In a credo written shortly after Schweickart's space flight, he elaborated on his motivation for bringing these quotations into space:

"I suppose that this statement of Julius Caesar’s [quoted above] caught my eye because it says something about the way I’d like to view myself. I suppose that that’s why all of us adhere to whatever religious or philosophic credo we espouse. Somehow, by recognizing and acknowledging the “glimpse” of truth within the idea we absorb into our beings another brick to become a part of the highly individual structure of our ideals."

For Schweickart's complete statement, please refer to our online catalogue.