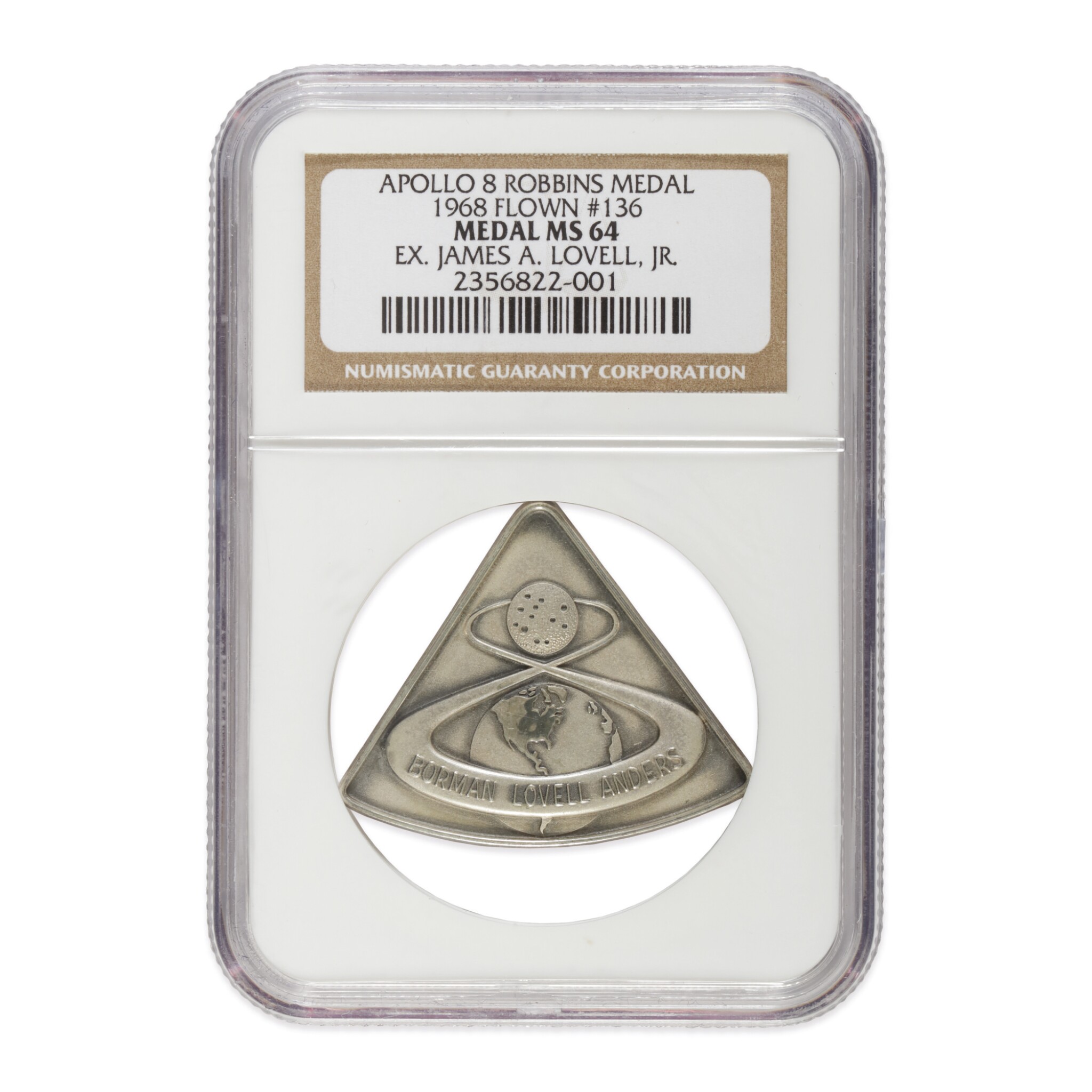 FLOWN Apollo 8 Robbins Medallion #136, NGC 64 (certificate number: 2356822-001), sterling silver, 38 by 30 mm overall, mimicking the shape of the Command Module. Obverse features the mission insignia with the Earth and the Moon depicted amidst a large 8, reflecting the circumlunar nature of the mission, the reverse is engraved with the mission dates ("Dec. 21-27, 1968") and serial number. With an Autograph Letter Signed by JAMES LOVELL on Lovell Communications letterhead.

ONE OF ONLY 300 MINTED AND FLOWN

Apollo 8 was the second manned mission of the Apollo program, and marked a pivotal escalation of the Space Race. From December 21-28 of 1968, the crew, comprised of Commander Frank Borman, Command Module Pilot James Lovell, and Lunar Module Pilot William Anders, became the first three humans to fly to the Moon, successfully executing a trans-lunar injection, before entering the lunar orbit, and orbiting the celestial body for 20 hours. This medallion accompanied CMP Jim Lovell aboard this historic undertaking.

Jim Lovell's provenance letter reads: "I hereby confirm and certify that Apollo 8 Silver Robbins Medal serial number 136 is one that was flown to the moon with me aboard the mission December 21-27 1968. Apollo 8 was the first mission to travel to the moon and the first mission to have ever left the bonds of earth's gravity. This medal has been in my collection of personal mementos since the mission."