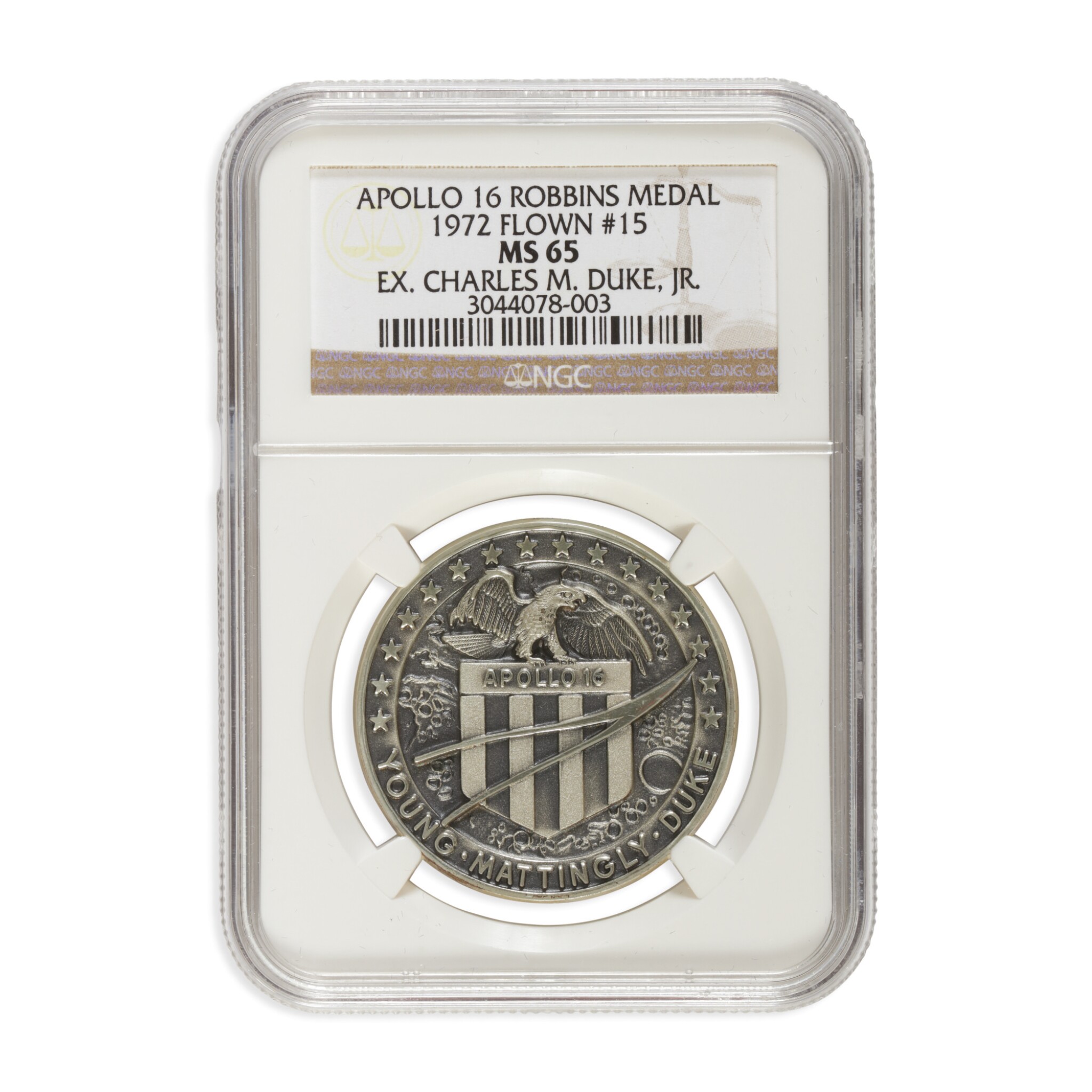 Apollo 16 continued with the precedent set by Apollo 15, only flying a portion of the run of medallions struck for the mission. These flown medallions can be identified by the serial number stamped on the rim. The 202 remaining unflown medallions bear no such identifying marks.

Charlie Duke's provenance letter reads: "I hereby certify that Apollo 16 Silver Robbins Medal, serial number 15, is one that was flown with me aboard the Apollo 16 mission to the moon April 16-27, 1972. This medal has been in my collection of Apollo artifacts since the mission. Every time I view one of these medals, I recall my lunar adventure. It was a fantastic experience. I hope that this special medal will always be a source of motivation and inspiration to you. Continue to excell [sic] in your school work and always aim high throughout your life."