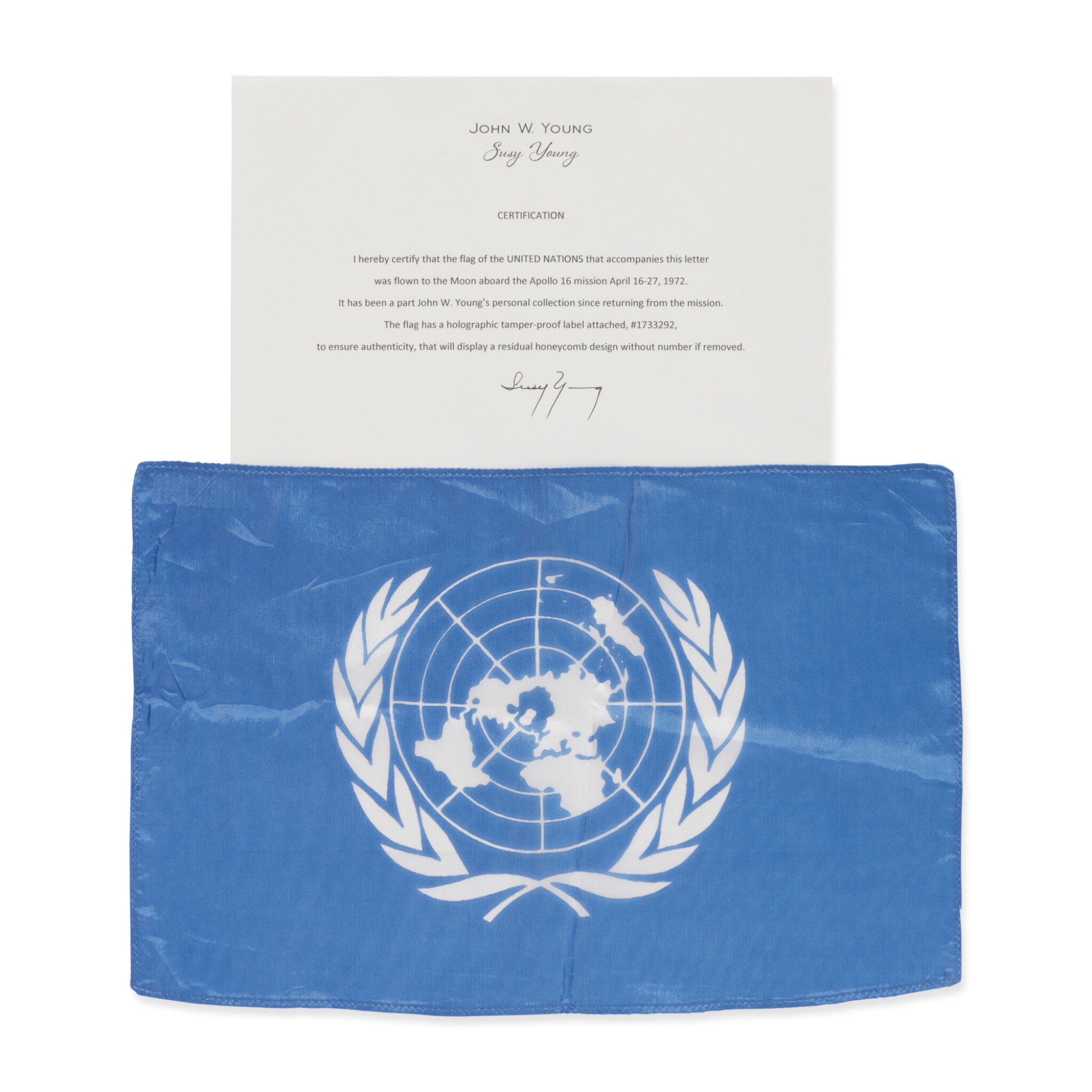 This flag flew aboard Apollo 16 from 16-27 April 1972, and stayed on the Command Module with Ken Mattingly in lunar orbit while John Young and Charlie Duke flew to the surface of the moon on the Lunar Module Orion.

Susy Young's provenance letter reads, in full: "I hereby certify that the flag of the UNITED NATIONS that accompanies this letter was flown to the Moon aboard the Apollo 16 mission April 16-27, 1972. It has been part of John W. Young's personal collection since returning from the mission. The flag has a holographic tamper-proof label attached, #1733292, to ensure authenticity, that will display a residual honeycomb design without number if removed."