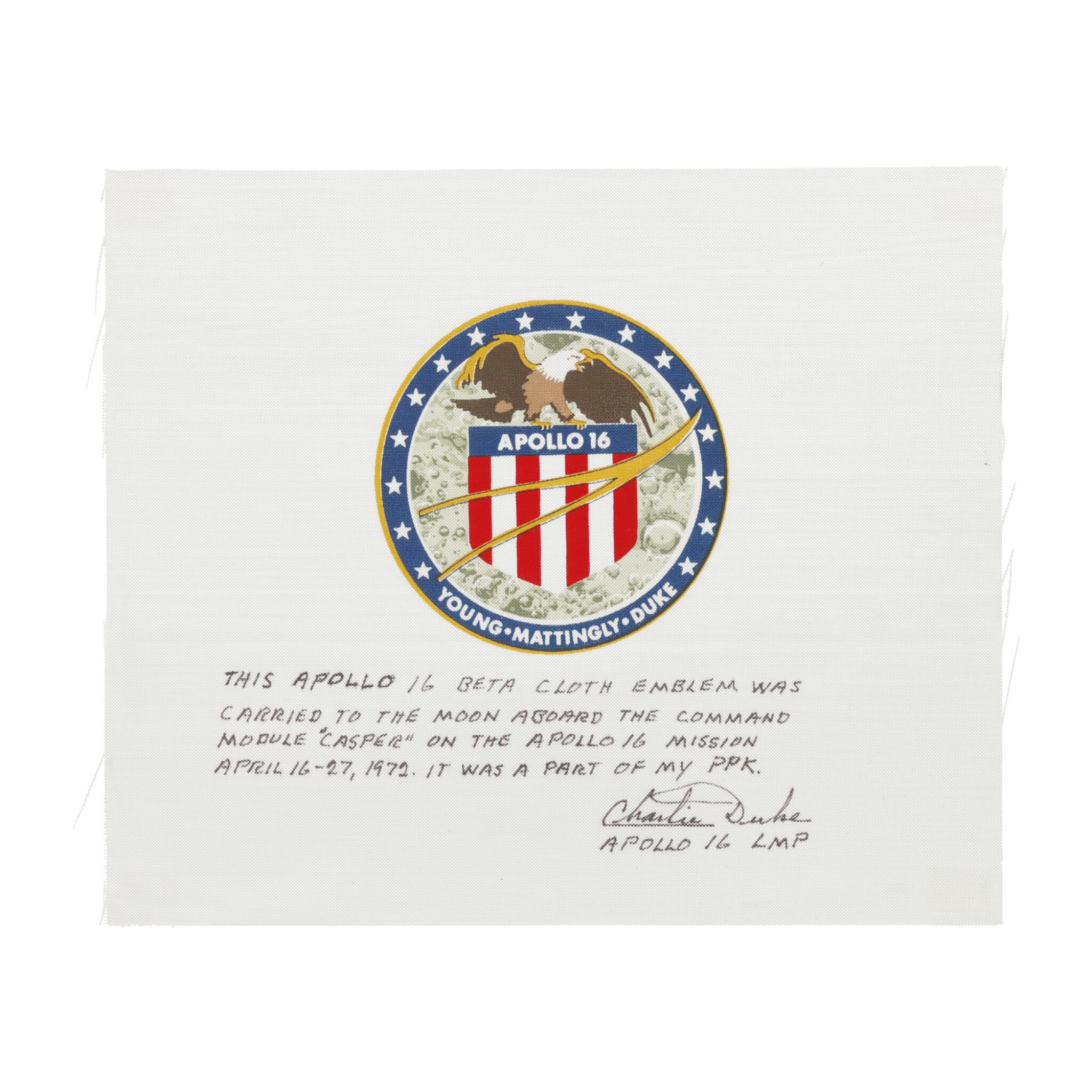 With two documents SIGNED by CHARLIE DUKE, which read: "This Apollo 16 Mission Emblem made of fireproof Beta Cloth was carried in the Personal Preference Kit aboard the Apollo Spacecraft "Orion" to the Moon and returned to Earth April 16-27, 1972[.] Beta Cloth Mission Emblems were worn on all Astronaut Spacesuits during Apollo Missions."