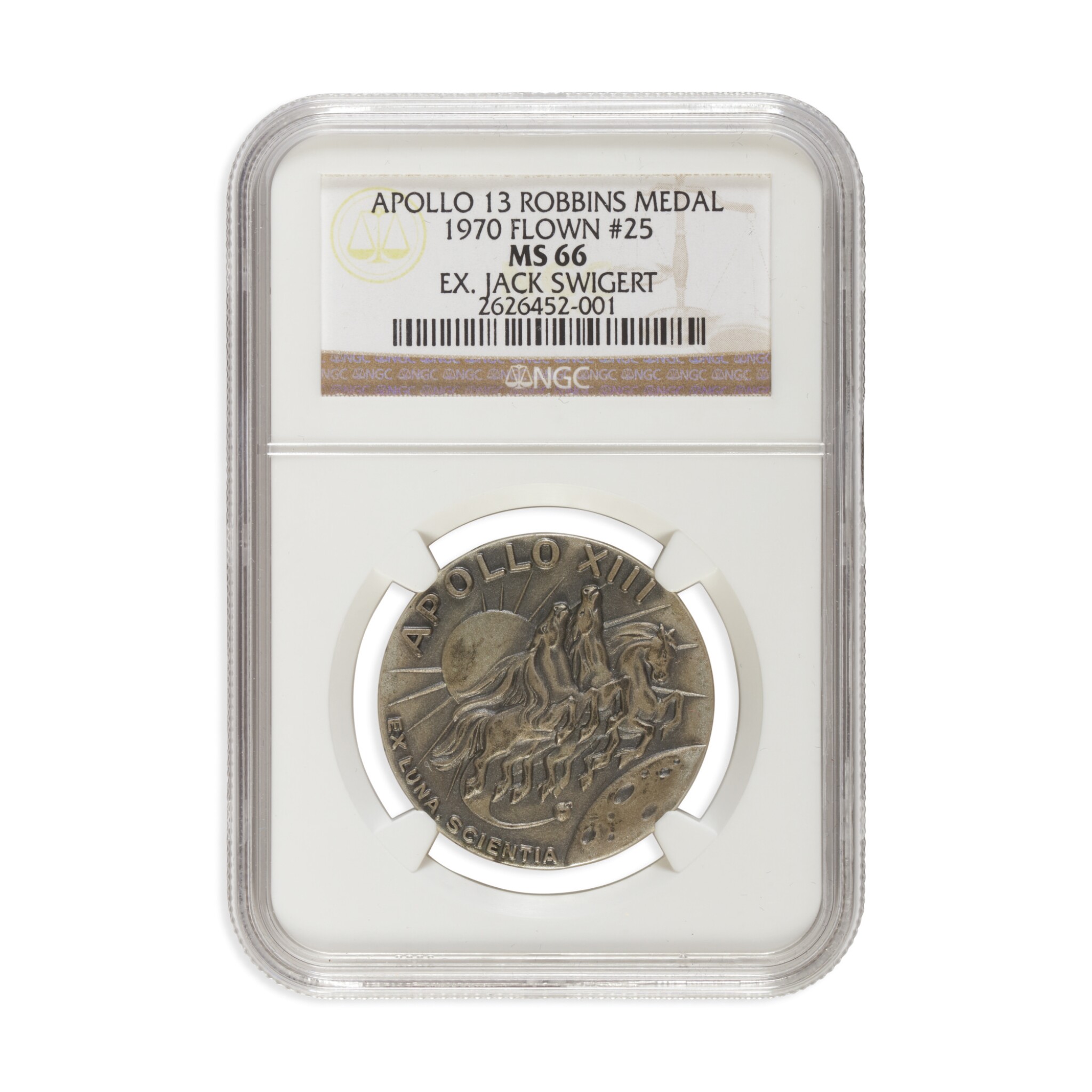 STRUCK FROM SILVER FLOWN ON APOLLO 13

ONE OF ONLY 404 MEDALLIONS, STRUCK FROM THE SILVER OF 400 FLOWN MEDALLIONS, ORIGINALLY FROM THE COLLECTION OF CMP JACK SWIGERT

400 Robbins medallions were produced for Apollo 13. Two unpredictable events rendered the reverse design obsolete: Ken Mattingly was grounded and replaced by Jack Swigert as Command Module Pilot at the last minute, and the new crew was forced to abort plans for a lunar landing mid-mission following an oxygen tank explosion. After the safe return of Apollo 13, the 400 flown Robbins medallions were melted down and reminted with the corrected crew names, and the omission of a "landed" date. It appears that a few additional unflown medals were melted down with the flown examples, resulting in 404 re-struck medallions.

Jack Swigert's provenance letter reads: "Apollo 13 was a memorable experience for me. And I hope this Medallion which we carried aboard our spacecraft will bring you the same good fortune Apollo 13 did for me. This was intended to be a Christmas gift but the delay was at the jewelers. Please forgive me — and just consider this an early Valentine."