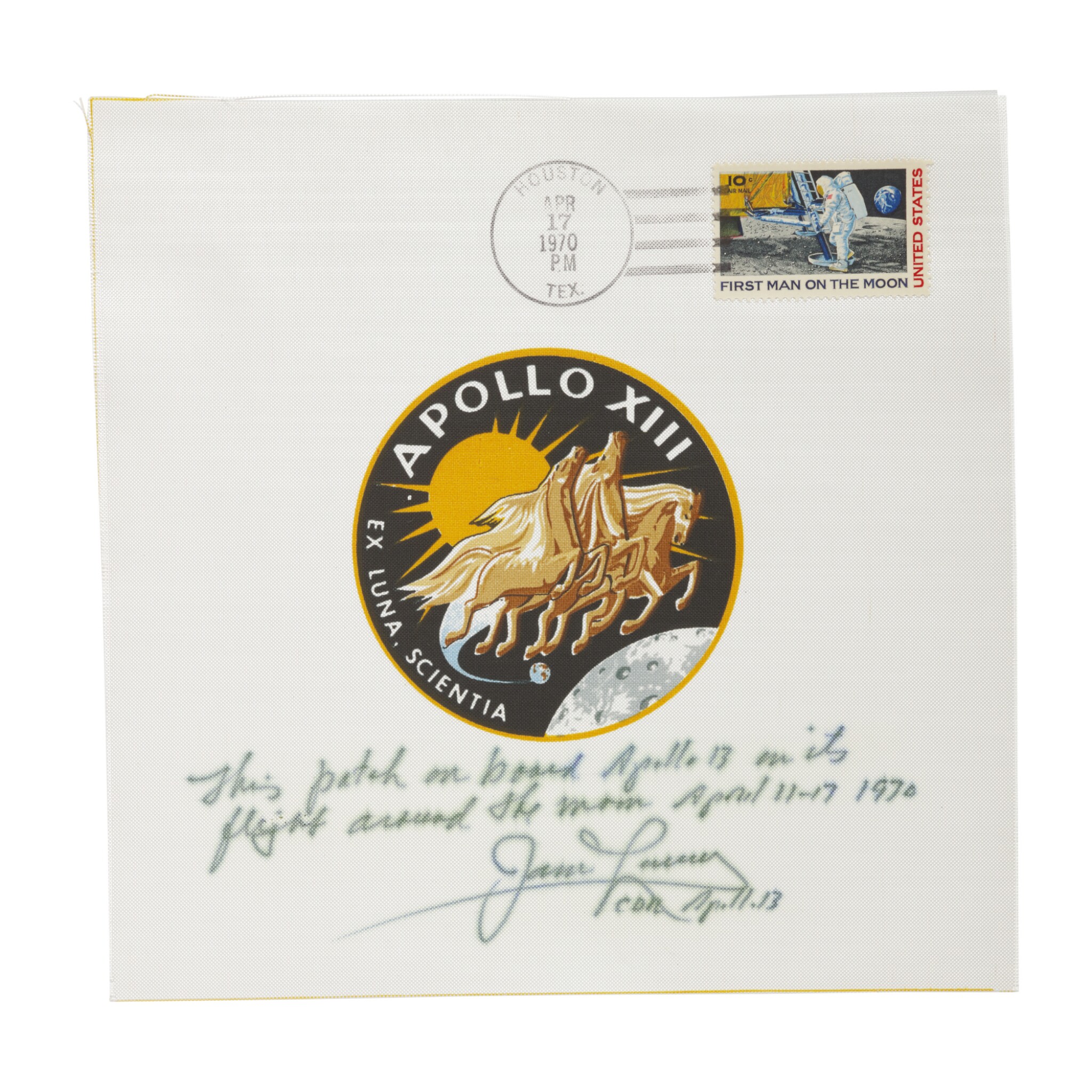 FLOWN mission emblem Beta cloth, 8 by 8 inches, featuring the mission insignia with three horses traveling from the Earth to the Moon with the Sun in the background. “Ex Luna, Scientia” is Latin for “From the Moon, Knowledge.” With a Houston, Texas, April 17 1970 cancellation (the splashdown date for Apollo 13) on a 10 cent First Man on the the Moon stamp. Some very minor fraying at the edges, as excepted.

SIGNED and INSCRIBED by JAMES LOVELL: "This patch on board Apollo 13 in its flight around the moon April 11-17 1970."