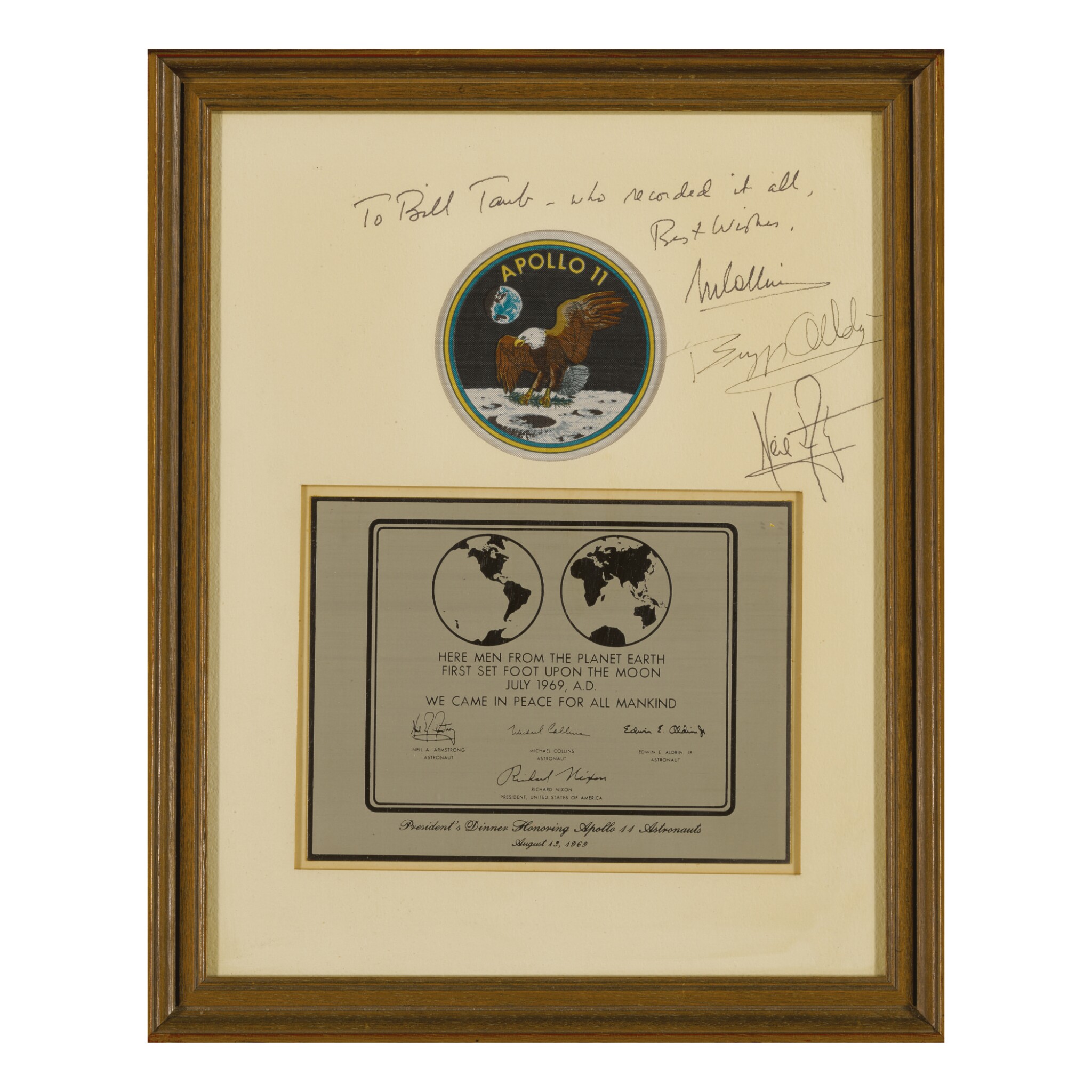 "WE CAME IN PEACE FOR ALL MANKIND"

Brushed steel plaque, 7 5/8 by 5 3/4 inches, with engraved inscription reading "HERE MEN FROM THE PLANET EARTH | FIRST SET FOOT UPON THE MOON | JULY 1969, A.D. | WE CAME IN PEACE FOR ALL MANKIND", with Apollo 11 emblem printed on Beta-cloth, 3 3/8 inches in diameter, matted and framed together to 12 5/8 by 15 5/8 inches, SIGNED on the mat by MICHAEL COLLINS, BUZZ ALDRIN and NEIL ARMSTRONG, and INSCRIBED: "TO BILL TAUB - WHO RECORDED IT ALL, | BEST WISHES."

SIGNED BY THE APOLLO 11 CREW AND PRESENTED TO NASA SENIOR PHOTOGRAPHER BILL TAUB. Less than a month after the Apollo 11 crew had returned from their historic mission, a dinner was thrown in their honor at the Century City Plaza Hotel. It was an official White House dinner, and in addition to President Richard Nixon presiding over the evening, the soiree was attended by 44 governors, 14 members of the cabinet, 83 countries were represented by their ambassadors.