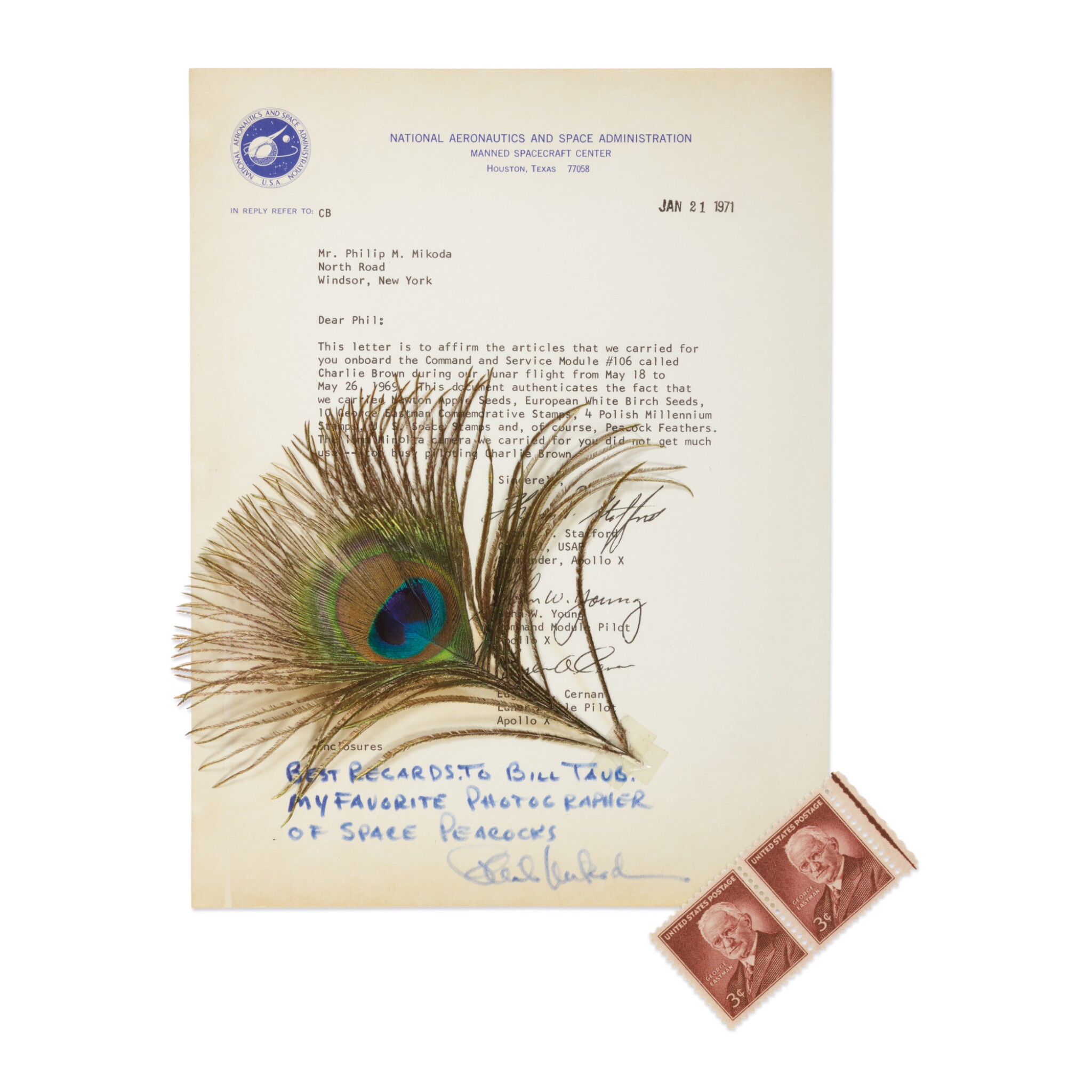 PEACOCK FEATHER AND TWO EASTMAN STAMPS, ACCOMPANIED BY A LETTER OF AUTHENTICATION SIGNED BY THE CREW

FLOWN PEACOCK FEATHER AND STAMPS, ACCOMPANIED BY A LETTER SIGNED BY THE APOLLO 10 CREW

"DEAR PHIL: THIS LETTER IS TO CONFIRM THE THE ARTICLES THAT WE CARRIED FOR YOUR ONBOARD THE COMMAND AND SERVICE MODULE #106 CALLED CHARLIE BROWN DURING OUR LUNAR FLIGHT FROM MAY 18 TO MAY 26, 1969. THIS DOCUMENT AUTHENTICATED THE FACT THAT WE CARRIED...10 GEORGE EASTMAN COMMEMORATIVE STAMPS...AND, OF COURSE, PEACOCK FEATHERS..."

The G.A.F. Corporation, located in Binghamton, New York, supplied NASA with high-speed, high resolution films for print, slides, and color print paper. They were the first to receive undeveloped rolls of film directly from the space missions. G.A.F.'s liaison with NASA was Philip M. Mikoda, who also served as an adviser on matters pertaining to photography in the Manned Space Program.

Please note: This lot is restricted to buyers within the United States.