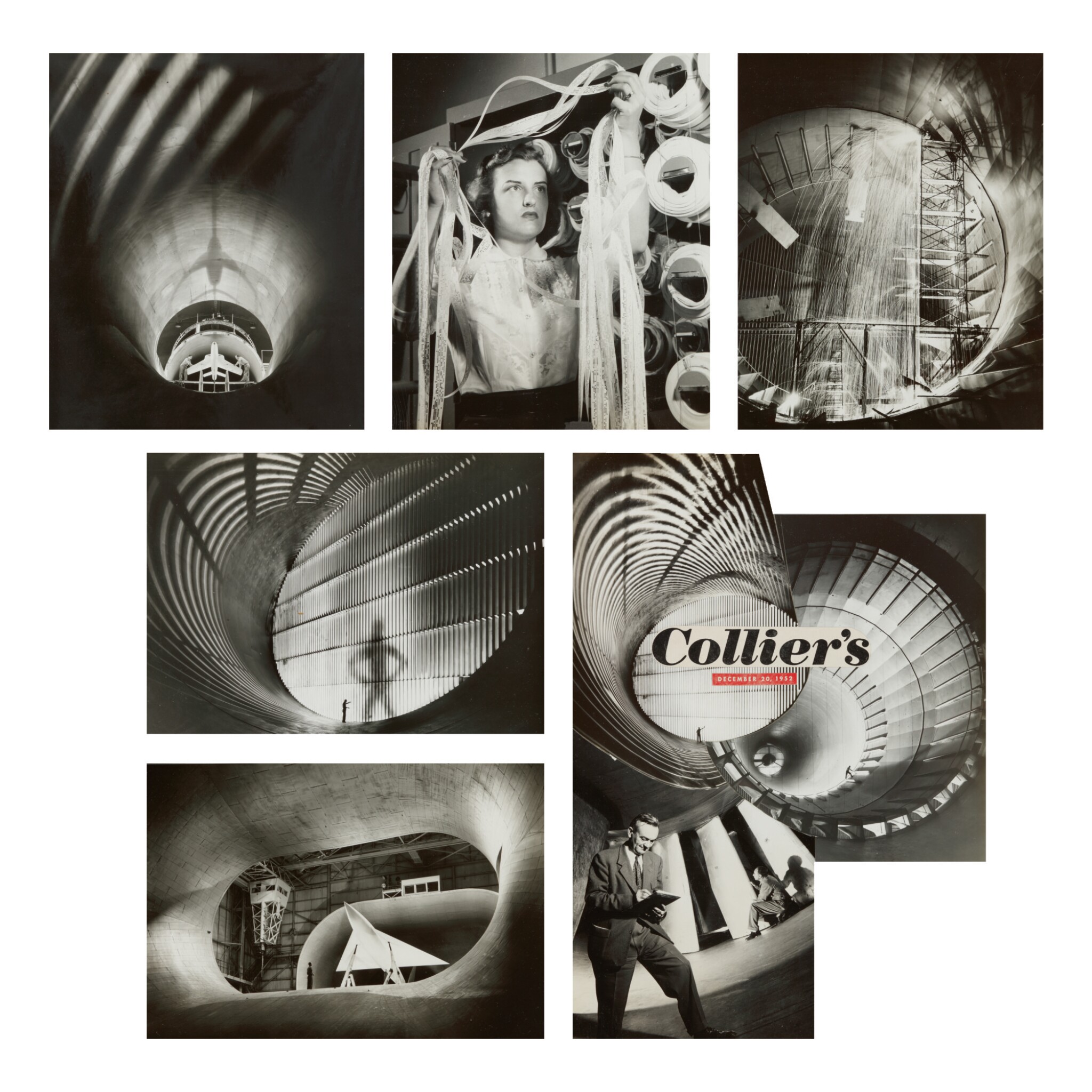 Two 17 by 14 inch black photo albums, containing 153 gelatin silver prints of various sizes mounted onto black paper, as well as a handful of magazine clippings (consisting of published images from the albums). Albums worn, paper brittle and chipping, but photos overall in beautiful condition, with a handful of them arranged in collages for publication.

AN ABSOLUTELY STUNNING COLLECTION OF SOME OF THE MOST FAMOUS PHOTOGRAPHS OF THE LANGLEY WIND TUNNELS, MANY OF WHICH WERE PUBLISHED, ALL PRINTED AND ASSEMBLED IN THE ALBUMS BY THE PHOTOGRAPHER HIMSELF, INCLUDING SEVERAL PHOTOGRAPHS OF WOMEN MATHEMATICIANS AND ENGINEERS.

Engineers at Langley began the design & construction of a full-scale Wind Tunnel in 1929, with the goal of testing new aircraft. At the age of 17, Taub was offered a job building aircraft models at NACA's Langley Field in Hampton, VA. Shortly after he arrived, he succeeded in photographing the spark of an engine inside a cylinder using his Leica camera, something that NACA's official photographers had been unable to capture (as they were using the wrong equipment). This caught the attention of officials at Langley, who then offered him a new job as a photographer; the rest is history.

See: For an excellent interview of Taub done for the NASA Oral History Project see: https://historycollection.jsc.nasa.gov/JSCHistoryPortal/history/oral_histories/NASA_HQ/Administrators/TaubWP/TaubWP_11-8-06.htm

For an excellent article about many of the famous images in this album, see https://airscapemag.com/2018/09/18/light-as-air/