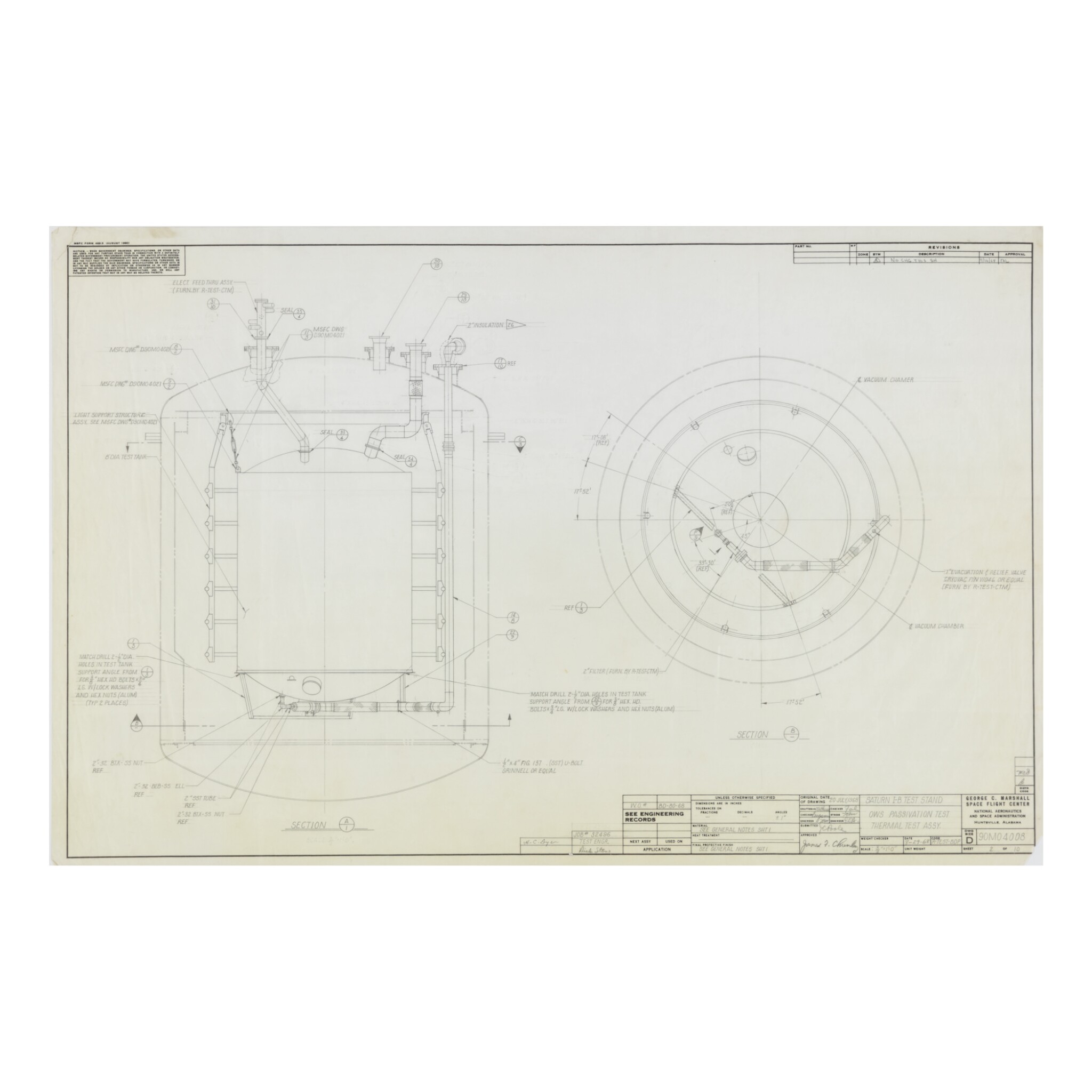 AN EXCELLENT SET OF FINELY DETAILED ENGINEERING DRAWINGS RELATING TO THE SKYLAB ORBITAL WORKSHOP, SPECIFICALLY THE TEST STAND FOR THE SATURN IB ROCKET

Skylab, America's first space station, fulfilled the dream of Wernher von Braun to build an orbiting station where people could live and work in space for extended periods. The Orbital Workshop (OWS), the largest component of Skylab, was built according to Von Braun and his team's brilliant idea of using a spent S-IVB rocket stage. There were two approaches for getting the workshop into orbit; first was known as the "wet" workshop, consisting of a multiple docking adapter, which permitted up to five spacecraft to be docked to Workshop at once; an airlock module attached to the OWS; and Crew quarters in the S-IVB hydrogen tank, with two wings covered with solar cells. These components would all be added after the crew had docked with the station in space, replaced all of the residual propellants from the S-IVB stage with breathable oxygen, before outfitting the tank as a space station. Another simpler method, known as the "dry" workshop, involved launching a fully outfitted Workshop — this approach was not used because all Saturn V launch vehicles were already earmarked for the Apollo programs, and thus the more complicated "wet" approach had to be used.

For an excellent, detailed history of the development of Skylab, see https://history.nasa.gov/SP-4208/contents.htm