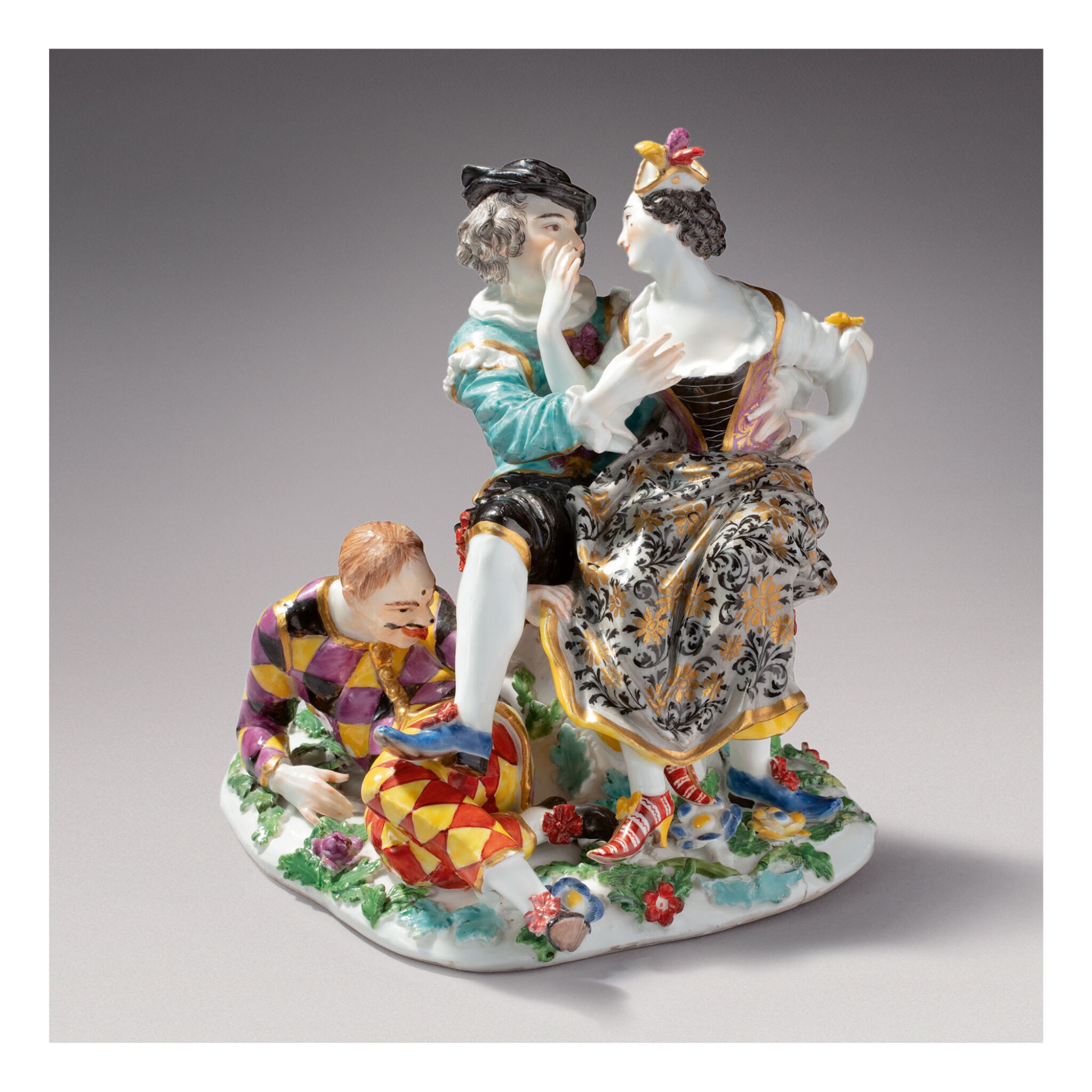 modeled by Johann Joachim Kändler, Beltrame, seated on his cloak on a small rockwork mound, embracing Columbine, seated in his lap, while Harlequin at his feet attempts to peer up Columbine's skirt, all on a shaped-mound base applied with flowers and foliage.

Harlequin's outstretched foot restored. Restoration to feathers in her hair, and edge of her left sleeve. His right little finger and her right fingers restored. Typical chips, losses and restoration to applied flowers and leaves on base, with two turquoise leaves entirely missing at the back. Restored chips to his hat.

This model depicts a sexual lazzo interruption in the Commedia dell'arte performance. The young lovers Beltrame and Columbine are so absorbed with each other, they fail to notice the cheeky Harlequin peeking up Columbine's skirt. Such sexually lewd moments were extremely popular in the Comedy and the actors would often use suggestive props such as slapsticks, daggers, enemas and sausages.

Meredith Chilton, Harlequin Unmasked, Hew Haven, 2001, pp. 38 suggests this group may derive from two sources. Harlequin's pose could be based on the engraving by Gregorio Lambranzi from The New and Eccentric School of Theatrical Dancing, where Harlequin, reclining on the floor, reaches up between the legs of a blind beggar to steal from him. The couple's pose may derive from a series of twelve engravings The Amours of Columbine by Petrus Schenck, after drawings by Gérard-Joseph Xavery.. The author also reproduces these sources and illustrates a Meissen group of this subject in the Gardiner Museum, Toronto, which is painted in a similar color palette to the present lot, particularly Columbine's skirt and Harlequin's costume.