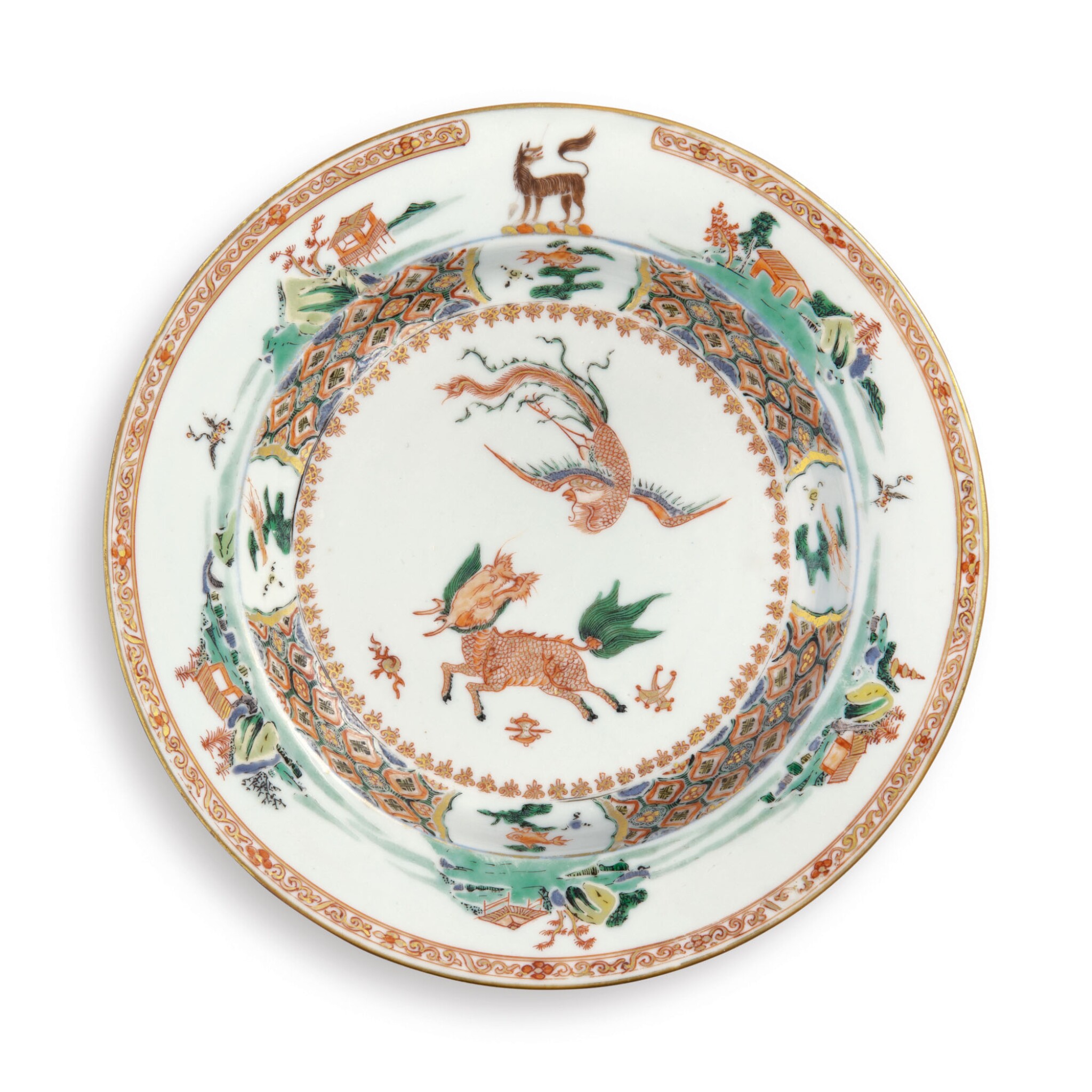 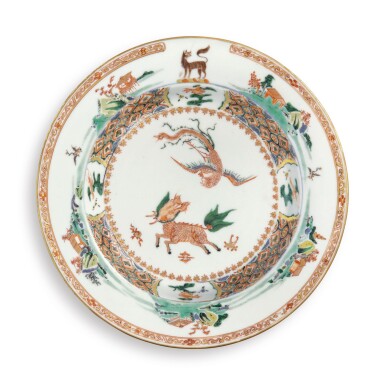 the center painted with a swooping phoenix above a galloping qilin amidst a 'flaming pearl' and daoist emblems, the well painted with a trellis diaper band reserved with alternating panels of fish and shrimp among water plants, the rim painted with landscapes and the center-top painted with a crest likely of Wolff, Croachrod or Pemberton.

Overall with minor wear to the enamels and gilding. There is a hairline extending 3/4 way from the base of the well to the rim at 7 o'clock.

For the crest, see Howard, 1974, pp. 188-189, C3. The author discusses this crest and speculates that it is either of Wolff, Croachrod or Pemberton. An identical example was offered in these rooms, October 9, 1987, lot 254. Chamfered rectangular platters are also known, and the centers of those examples are painted with two phoenix birds flanking the central qilin.

The phoenix and qilin are auspicious animals in Chinese mythology, and also references feng mao lin jiao (the feathers of the phoenix and the horn of the Qilin), which translates to 'objects of rarity'. For other related Kangxi period famille-verte porcelain examples, see Jörg, 2011, cat. no. 37, and Suebsman and Schaum, 2015, cat. no. 85. However, this service appears to be the only example of armorial porcelain depicted with this particular central scene.