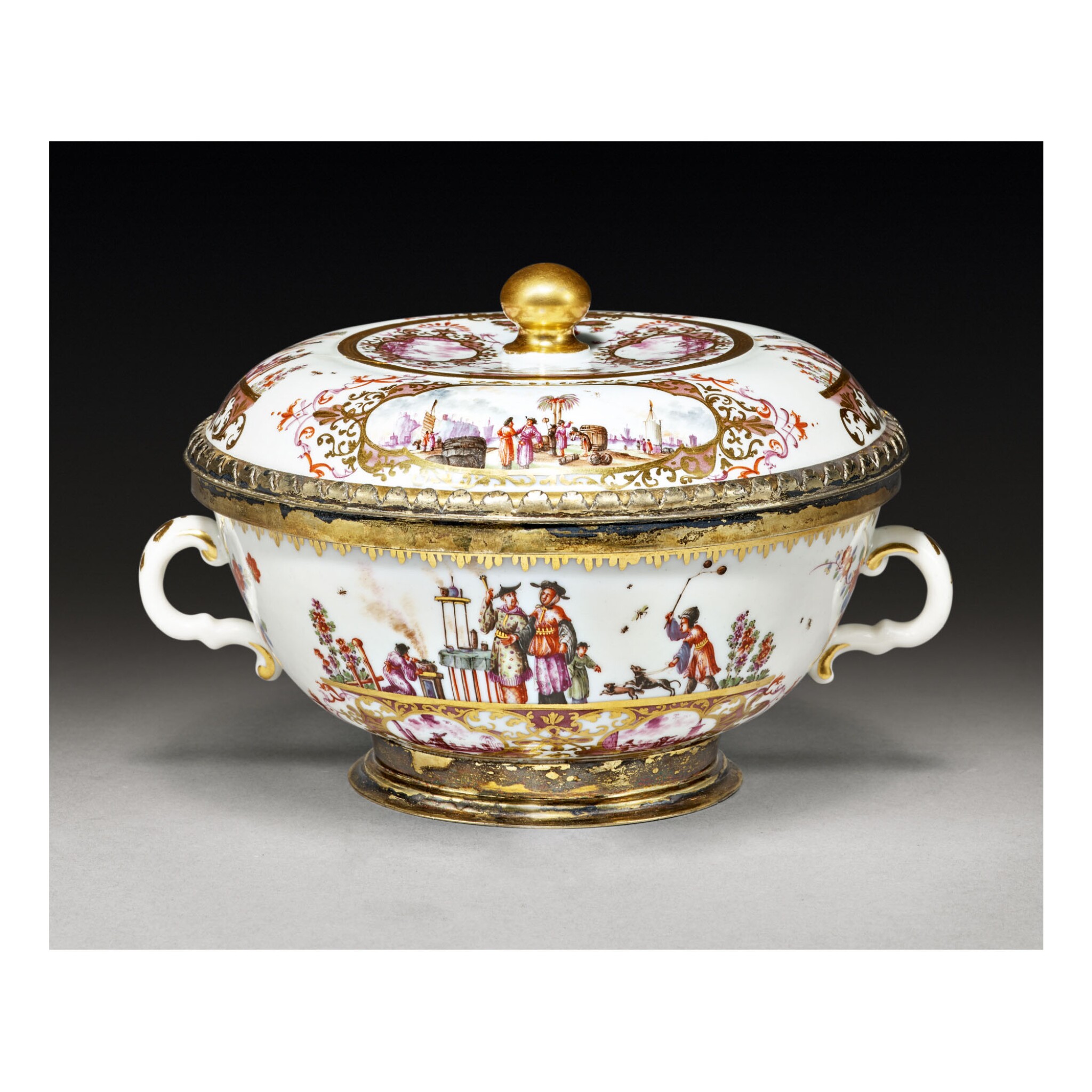 the bowl painted on the front and reverse with groups of Chinoiserie figures supported on a gilt strapwork bracket with panels of Böttger lustre and two small quatrefoil puce camaïeu harbor scenes, set on each side with a shaped scroll handled flanked by indianische Blumen, beneath a gilt-dentil border, the cover similarly decorated with Chinoiserie figures on pedestals, alternating with cartouches enclosing harbor scenes, and an inner band of similar smaller figure panels alternating with puce camaïeu harbor vignettes, with a gilt ball knop, the footrim of the bowl mounted in silver-gilt and the rims and interiors of both pieces fitted with a silver-gilt liner cast with narrow vertical ribs, the cover struck with Augsburg town mark for 1734-36, maker's mark PS, crossed swords mark in underglaze-blue.

Width across handles: 7¾ in.

The cover has been broken in three pieces and repaired with a museum type repair. The base is in good condition.

Two very similar écuelles and stands, formerly in the Collections of Margarete and Franz Oppenheimer, and Dr Fritz Mannheimer are in the Rijksmuseum, Amsterdam, illustrated in den Blaauwen, 2000, pp. 146-147, no. 83. Two examples with large Chinoiserie cartouches are illustrated in Rainer Rückert, Meißener Porzellan, 1710-1810, Munich, 1966, pl. 52, nos. 184 and 185.