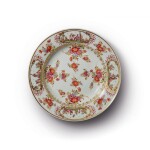 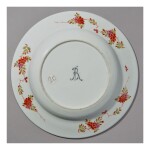 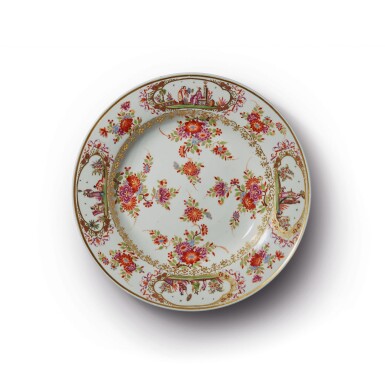 There are two approx 1/8 inch chips to the rim edge. Otherwise in good condition.

Cassidy-Geiger, 2008, p. 426, suggests they may once have been part of a table service, possibly for the King, for the Japanese Palace, or for use as a diplomatic gift.