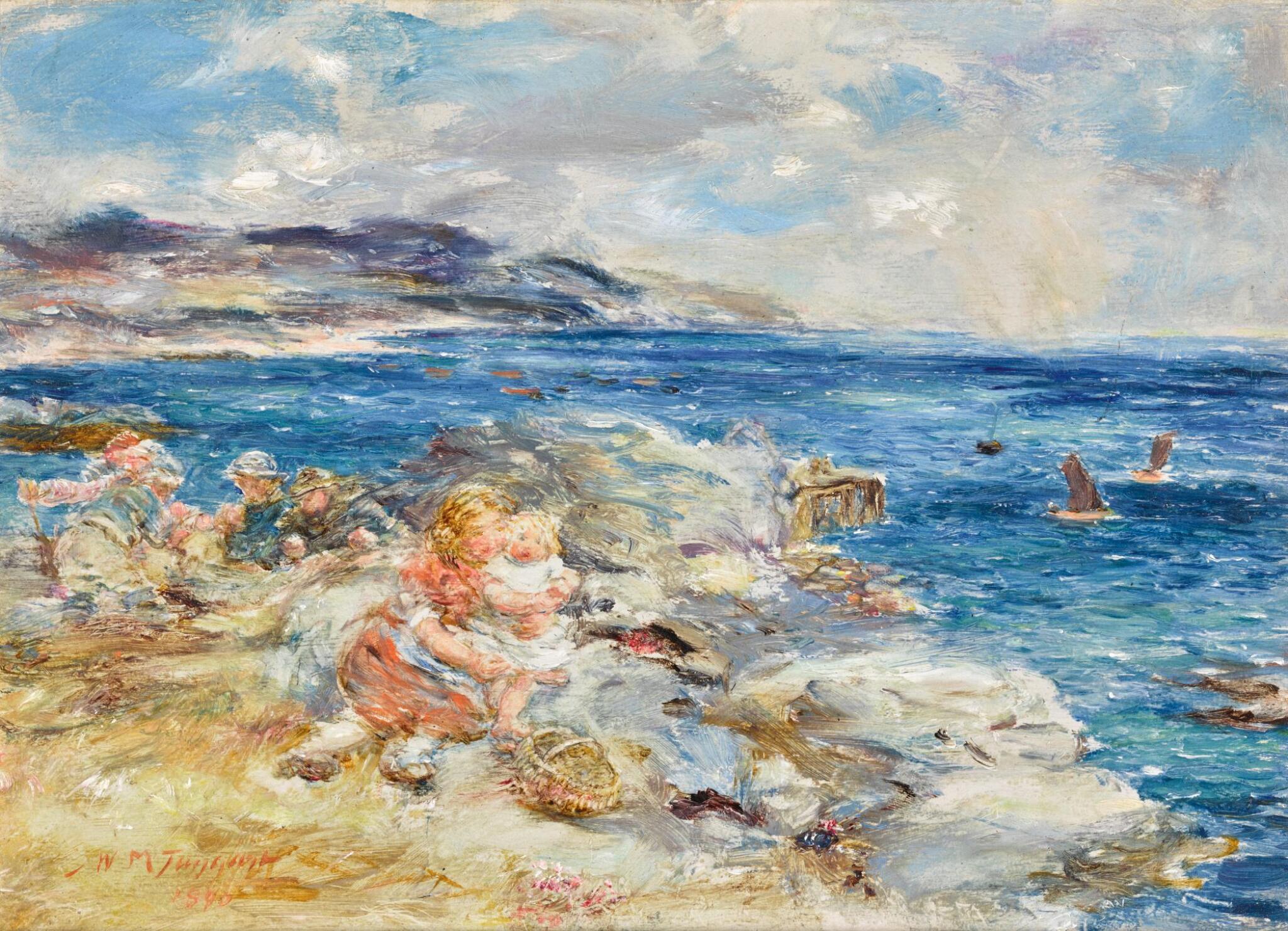 The panel is providing a good stable support. The work appears to be in excellent overall condition.

Held in a decorative gilt frame.

William McTaggart is celebrated as a painter of energetic seascapes, but in this small, ebullient picture the focus is equally upon those who depended upon such settings for their livelihood. Looking towards a headland a girl and baby sit and play, huddled fishermen mend their nets, while fishing boats lie at anchor or skim through the choppy-white waves of the stridently blue bay. Described by Caw as ‘a rarely joyous picture’ (Caw, 1917, p.92), Noon offers an emotive contrast to wilder works like Running for Shelter, painted from an identical viewpoint, or The Storm, another painting begun at the village of Carradale completed in the same year as the present work.

McTaggart returned to paint this location on several occasions throughout the 1880s, driven by a fascination with the days and seasons’ changing climate and light. In 1883 the artist had completed a larger version of the same picture entitled Fair Weather, Carradale. Although the present work’s date suggests it was painted in the studio, it retains the breezy animation of the original inspiration. Noon was described by Caw as; 'Brilliant in the soft brightness of the noon-tide, with sea-sparkles playing over the golden grasses and silver grey rocks on the rough foreground braes, and away up the coast, and with the yellow varnished boats in the anchorage and twinkling like touches of gold upon the calm water in which a hundred hues of clear blue and soft purple mingle as they spread to the horizon which trembles through the summer air.' (Caw, 1917, p.92)