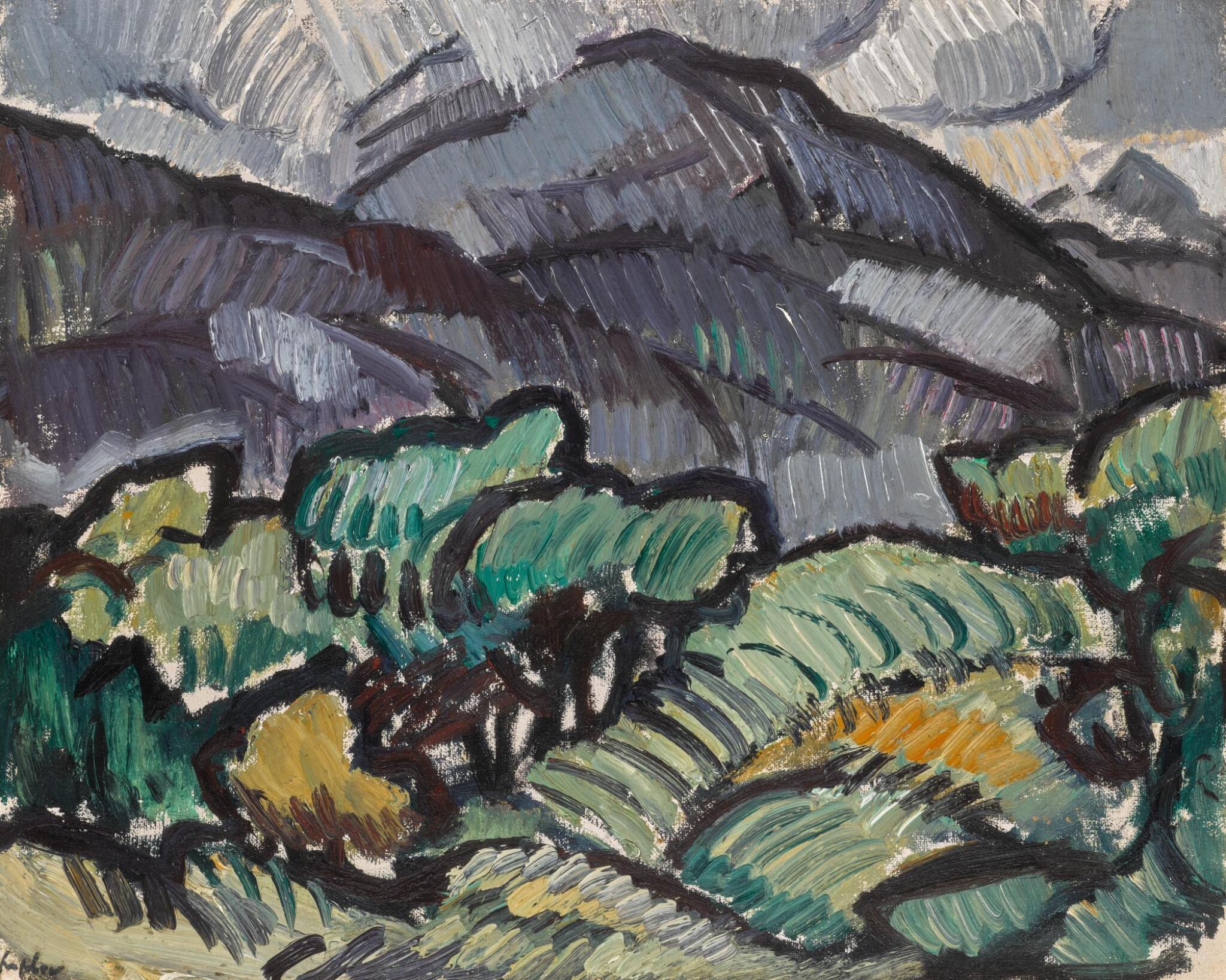 signed l.l.: Peploe; inscribed and dated on the reverse: Arran/ 1912

The work appears to be in excellent overall condition and retains passages of rich impasto.

UV light inspection reveals no evidence of any retouching or restoration.

Contained in a decorative gilt frame and held under glass. Please note that this work has not been examined out of its frame.

Margaret Peploe, the artist's wife and thence by descent to Willie Peploe;

Between 1910 and 1912 Peploe lived and worked in Paris. His friend and fellow Colourist Fergusson was living in Paris and it was probably his presence there that was the catalyst for Peploe’s move. 'On his arrival in Paris [he] found himself in the midst of the fierce controversy which was raging over [the] new movement; argument ran high, convictions, practices, and long-respected theories were all in the melting pot' (S. Cursiter, Peploe, 1947, p.27) Fergusson took Peploe to meet Picasso and also to the Salon d’Automne where he was introduced to the artists Bourdelle, Friesz, Pascin and others. In 1912, the year the present picture was painted following Peploe’s move back to Scotland, his friend Ernest Archibald Taylor described how Peploe ‘was tremendously taken up with the artist’s work, an artist named Chaubad [sic], very strong stuff, thick black lines and flat colours’ (letter from Taylor to Dr T J Honeyman, 1939). Auguste Chaubaud was a follower of the Fauves, exhibited at the Salon d’Automne of which Fergusson was a Societaire, but most significantly held his first one-man show at Bernheim-Jeune in 1912. The bold black lines of Arran clearly demonstrates this new approach to landscape painting, inspired by Chaubaud and also Cezanne whose work he had admired in Paris.

In 1912 when Peploe returned to Scotland his work had been transformed by his experiences and friendships forged in Paris. The present work was painted on a trip to Arran in 1912 about which little is known save for two small and energetic panels. The mountainous landscape is rendered in dynamic brush strokes and earthy tones which give a sense of the blustery weather and a brooding atmosphere. The Scottish landscape had never been painted in this way before and pictures like Arran were truly avant garde.