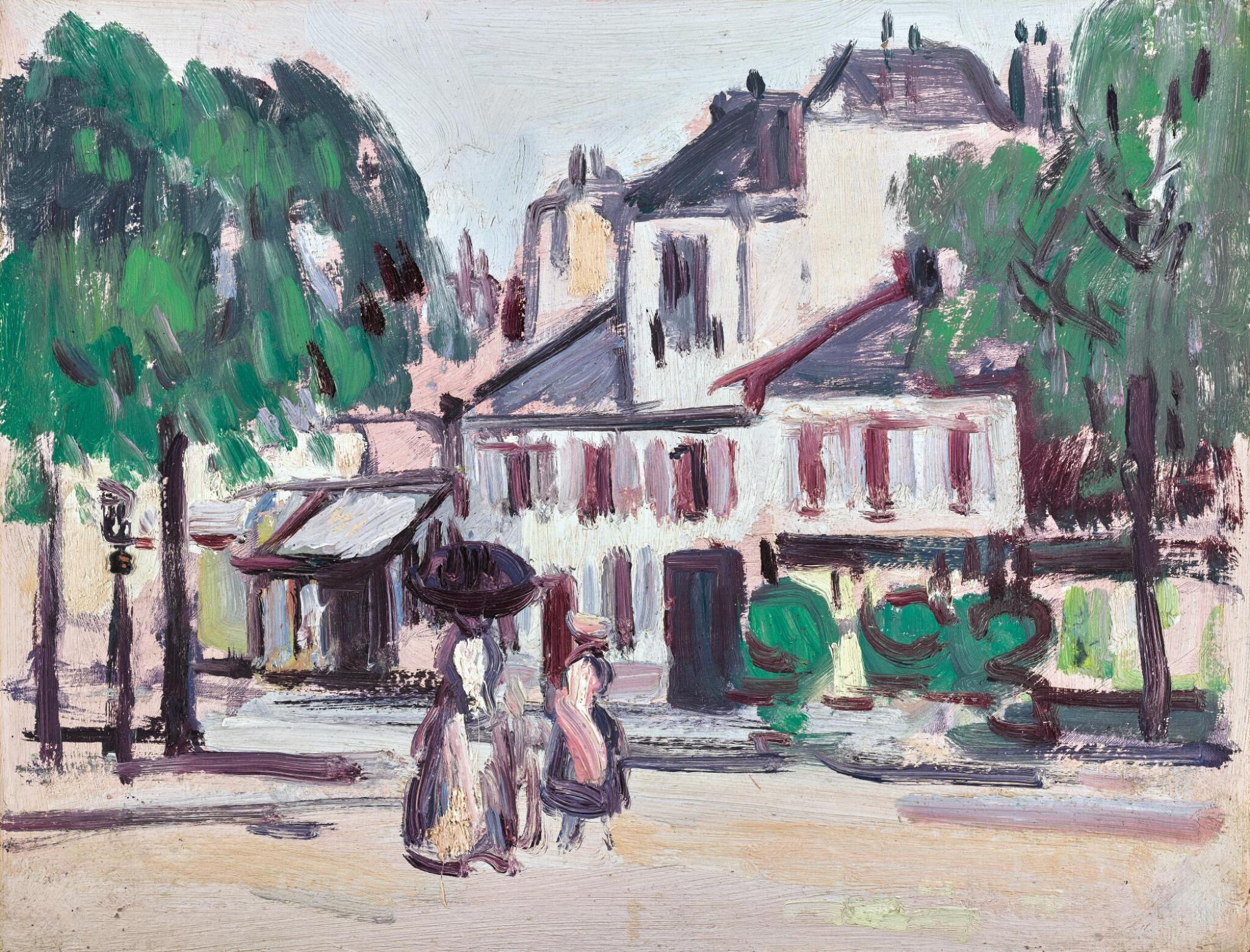 The panel is in good sound order and providing a stable support. A few specks of surface dirt. Otherwise the work is in excellent overall condition.

Examination under ultraviolet light reveals an area of possible retouching to the sky, upper centre, and a possible spot of retouching in the lower right hand corner of the composition.

Held in an artist's painted frame with cloth slip. Under glass.

Aitken Dott & Son, Edinburgh, where purchased by Sir Alexander and Lady Gibson and thence by descent

Faubourg St Jacques, Paris is one of several Parisian street-scenes by Fergusson and was executed shortly after he relocated to the French capital permanently in 1907. It depicts Montparnasse, where Fergusson lived, and where artists, dancers, poets and writers congregated at this time to create an exciting, bohemian atmosphere. Fergusson thrived in this milieu, moving in artistic circles that included Pablo Picasso and Henri Matisse, forming a close relationship with American artist Anne Estelle Rice, and drawing inspiration from French avant-garde artists and movements.

As the present painting exemplifies, the city itself offered Fergusson a wealth of new subjects and a fluid, ever-changing cultural landscape, with its buildings, streets, cafés and gardens serving as settings for scenes of city life. Though he developed an approach to colour and brushwork that was heavily influenced by Post-Impressionist and Fauvist painters, works of this date became more structured and formalised in composition. Traces of Fauvist influence remain visible in Faubourg St Jacques, Paris, particularly in the figures and in the treatment of the trees, where colour is used to denote form. The brushwork is remarkably free, and appears to have been applied rapidly, probably en plein air, capturing something of the liveliness and excitement of early-twentieth-century Paris. However, the work is occupied by just two figures, and is a much quieter scene than Street Scene, Paris of 1907 (sold in these rooms, November 18, 2005, lot 30), which, although very similar to the present lot in subject, location, execution and date, depicts a far busier boulevard.