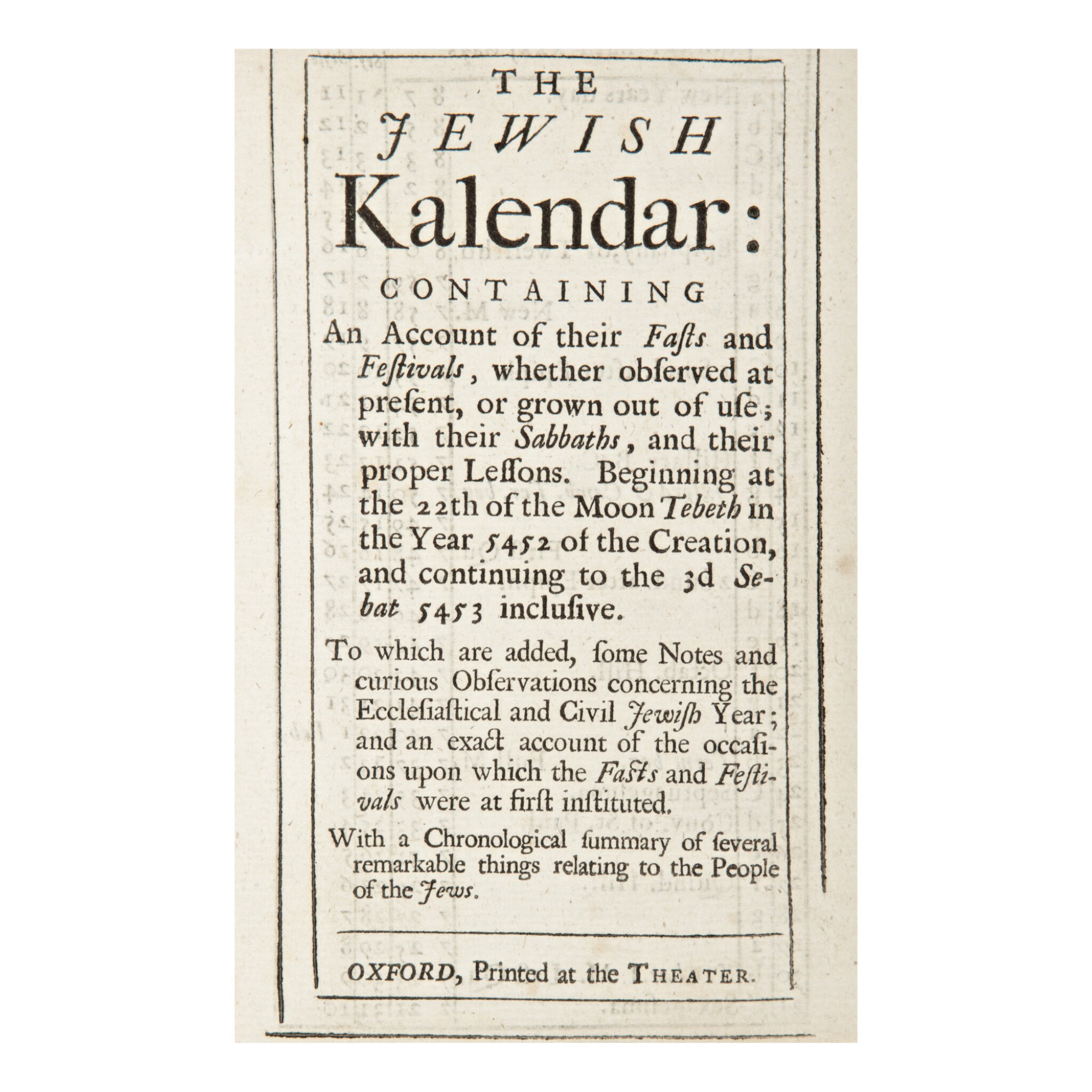 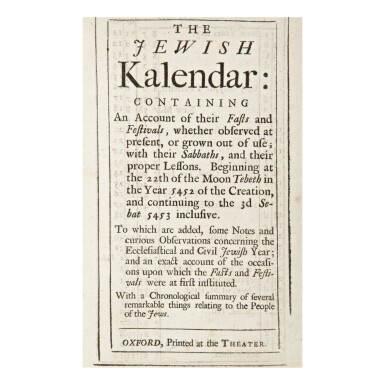 16 folios, 16 pages (5 1/2 x 3 1/2 in.; 140 x 91 mm) on paper, with blank pages interleaved and appended at the front and rear; drawings in pen on rear flyeaf and pastedown of lower board. Slight scattered staining and browning; small nicks in the outer edges of a few pages. Contemporary gilt-tooled leather over board, scratched, heavily scuffed, and worn around edges; binding cracking; headband and tailband exposed; turn-ins gilt; contemporary paper flyleaves and pastedowns.

Isaac Abendana (ca. 1640-1699), scion of a Portuguese converso family and younger brother of Rabbi Jacob Abendana of London (1630-1685), immigrated from Holland to England in 1662 and began teaching Hebrew at Cambridge the following year. In 1689, he relocated to Oxford, where he continued teaching Hebrew and soon began publishing annual Jewish almanacs for the years 1692-1699. These typically included civil and Jewish monthly calendars accompanied by learned dissertations on subjects of Jewish interest, like Jewish prayer, weights and measures, the laws of tithes, the priesthood, and the Jewish calendar. (The essays were later collected and published posthumously under the title Discourses of the Ecclesiastical and Civil Polity of the Jews [London, 1706].) The present lot, a copy of the first of Abendana’s almanacs, features “An Explanation of the Jewish Kalendar, &c.” – essentially, a discussion of the differences between the “ecclesiastical” and “civil” Jewish years, beginning in Nisan and Tishrei, respectively, as well as of the reasons for and nature of the various Jewish holidays and fast days.

John Orlebar of the Middle Temple Esq. (bookplate on pastedown of upper board)

Joseph Jacobs and Lucien Wolf, Bibliotheca Anglo-Judaica: A Bibliographical Guide to Anglo-Jewish History (London: Office of the “Jewish Chronicle,” 1888), 152 (no. 1311).