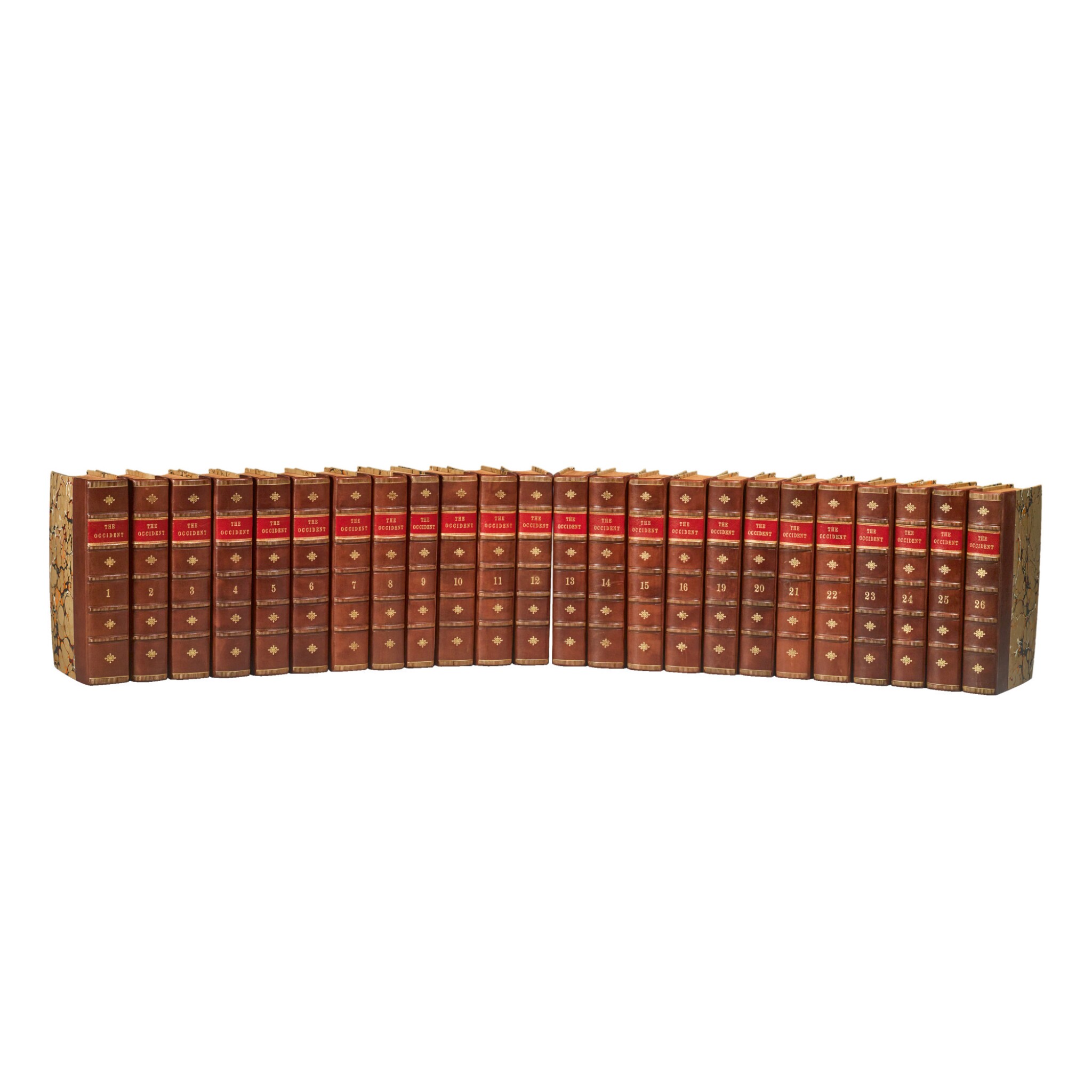 The complete monthly run of the periodical that defined American Jewry and American Judaism in the nineteenth century.

Isaac Leeser's greatest legacy to those who study American Jewish history is undoubtedly The Occident and American Jewish Advocate, the periodical of which he was the founder, editor, a frequent contributor, and occasional typesetter. The Occident, which ran from 1843-1869, was the first successful Jewish serial periodical in America, and helped mold American Jewry into a culturally independent group with a communal consciousness. It is, arguably, the single most important historical record of Jewish life in the Western Hemisphere in the mid-nineteenth century. As editor of The Occident, Leeser was able to give voice to his belief in, and defense of, observant Judaism and fiercely resisted many proposed changes to traditional Jewish rituals. Leeser's editorials also document his many public battles to defend religious freedom—such as his effort to revoke Sunday closing laws and his resistance to widespread missionizing activity. Finally, through the agency of The Occident, Leeser sought to accomplish in print what he never succeeded in doing in practice: to bring together in one common forum the many American Jewish communities that were otherwise divided—by either geography or ideology.