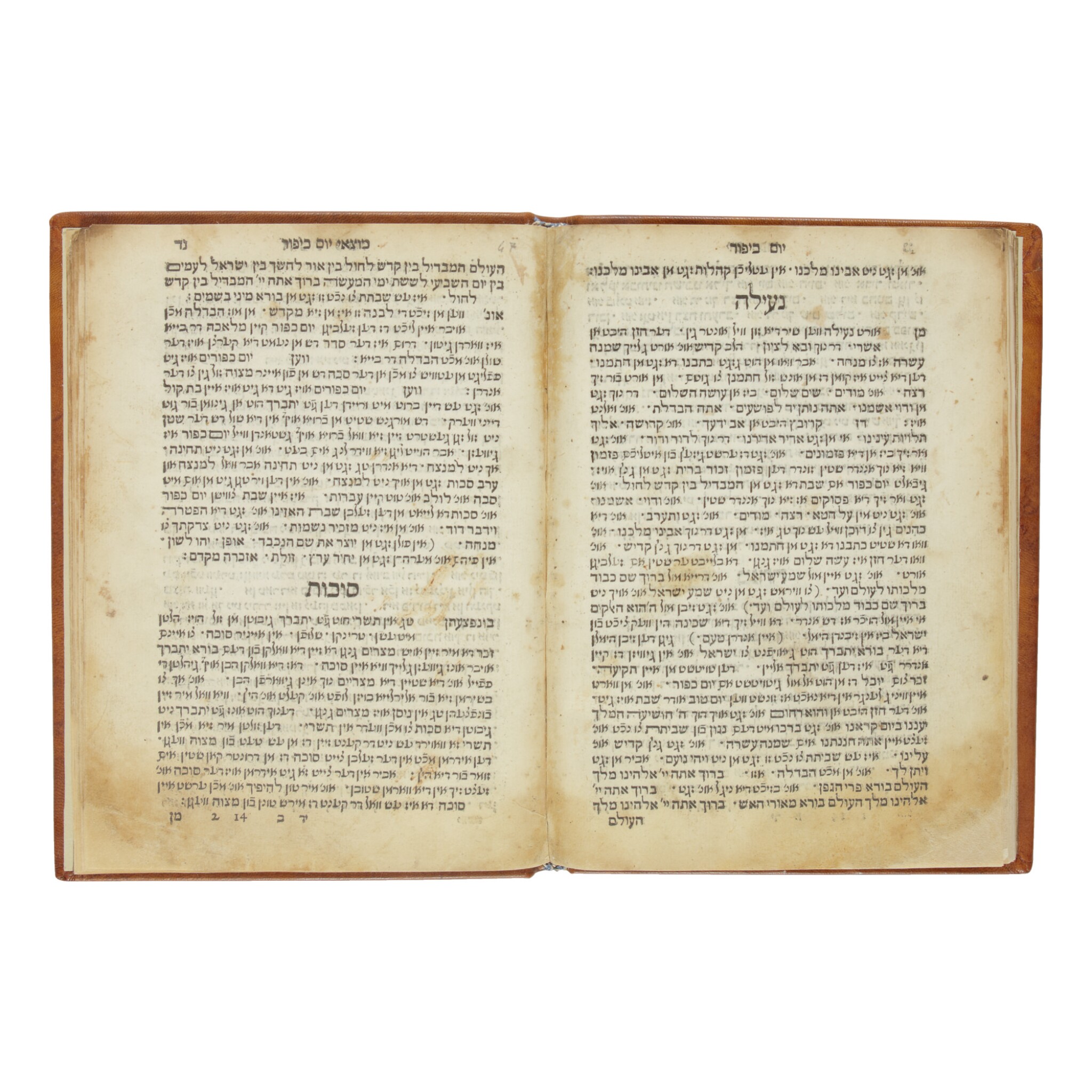 The exceptionally rare first edition of this canonical Yiddish book of customs.

In the years 1588-1609, Giovanni di Gara’s printshop was apparently the only press in Venice that owned a set of the distinctive vaybertaytsh font used to print most Yiddish books. The present lot, issued by di Gara’s firm, is the first edition of a classic, comprehensive compendium of Ashkenazic custom for the entire liturgical year produced in Yiddish by Simeon ha-Levi Günzburg, a publisher and communal functionary (but not a rabbi) descended from German Jews who had migrated to Northern Italy. It is based in large part on the Hebrew custumal compiled by Rabbi Isaac Tyrnau in the first half of the fifteenth century, but it also expands on the latter’s work with explanations of various practices and additional comments on ritual and religious life.

Günzburg’s Minhogim was aimed at the entire Ashkenazic Diaspora, and it included the customs of Ashkenazim living not only in the Rhine Valley but also in Italy (velsh land), Moravia, Bohemia, and Poland. Like Tyrnau’s own work, it was written in a clear style meant to be accessible even to laymen and met with great commercial success, going through dozens of printings (sometimes with small adjustments) well into the modern period. In fact, the introduction to the second edition (Venice, 1593) declares that the book had to be reissued because the editio princeps had already sold out! Perhaps on account of the book’s extraordinary popularity and repeated use, most copies have not survived. Only a single complete exemplar, housed at The Library of the Jewish Theological Seminary, is known, and three incomplete volumes are held by the National Library of Israel, the Butler Library of Columbia University, and the Berlin Staatsbibliothek.

Naomi Feuchtwanger-Sarig, “How Italian are the Venice Minhagim of 1593? A Chapter in the History of Yiddish Printing in Italy,” in Michael Graetz (ed.), Schöpferische Momente des europäischen Judentums in der frühen Neuzeit (Heidelberg: Universitätsverlag C. Winter, 2000), 177-205, at pp. 188-189 n. 42.