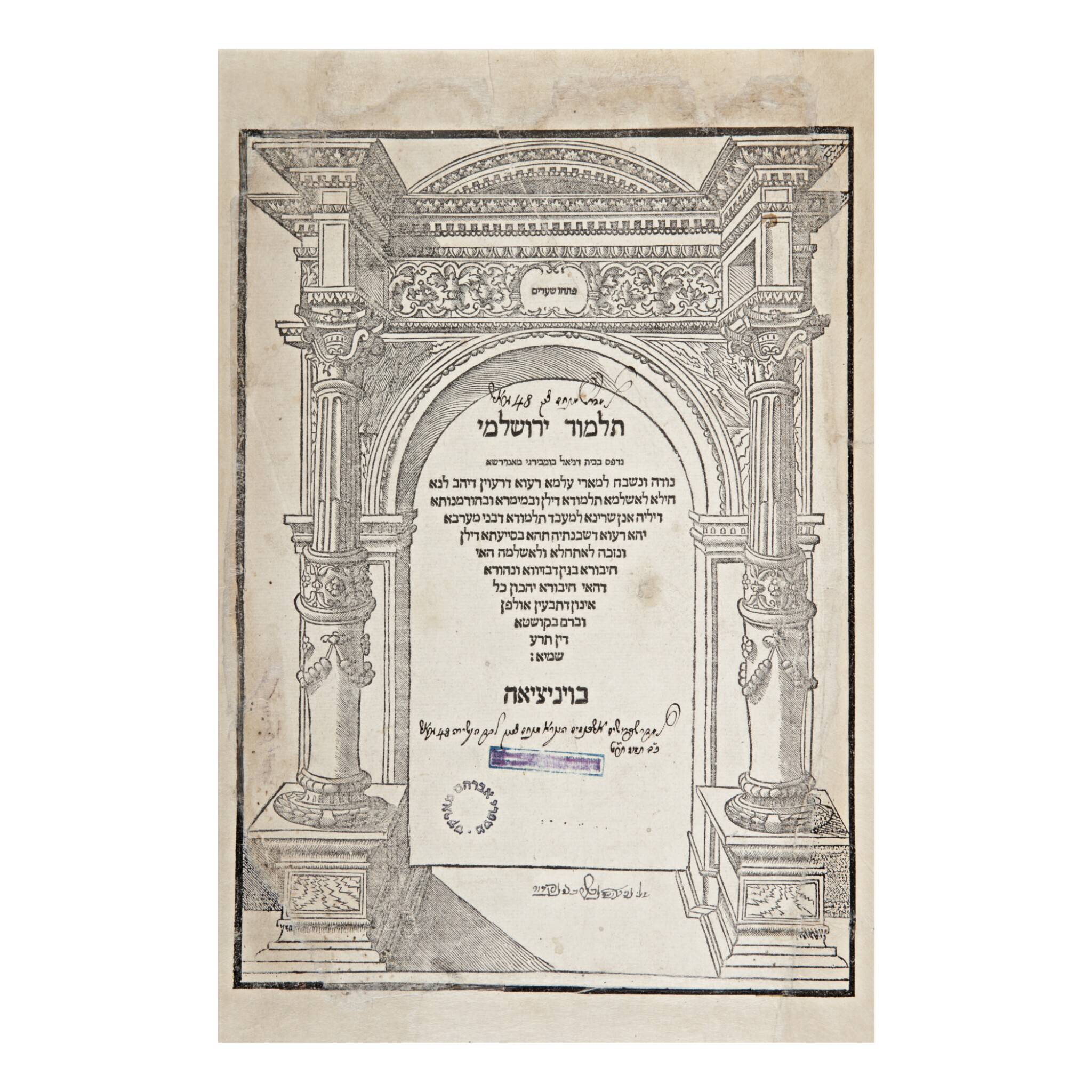 The most important edition of a central text of Talmudic tradition, upon which all subsequent printings were based.

An amalgam of the teachings of the academies of Tiberias, Caesarea, and Sepphoris, the Jerusalem Talmud was compiled in the Land of Israel, though not in Jerusalem as its name would imply; in point of fact, it is more correctly, though less commonly, referred to as Talmuda di-benei ma‘arava (the Talmud of the Westerners [those living to the west of Babylonia, in the Holy Land]). As with its Babylonian counterpart, the Jerusalem Talmud is essentially the result of discussions and elaborations of the Mishnah. The extant text of the Jerusalem Talmud covers four of the six mishnaic orders: Zera‘im, Mo‘ed, Nashim, and Nezikin, plus part of Tractate Niddah from the Order of Tohorot.

The editio princeps of the Jerusalem Talmud was undertaken by Daniel Bomberg after the conclusion of the printing of the Babylonian Talmud (end of 1522) but before completing the Mishneh torah of Maimonides (mid-1524). This edition was based primarily (though not exclusively) upon the sole surviving manuscript of the Jerusalem Talmud (known today as MS Leiden, Scaliger 3), which was written by Jehiel ben Jekuthiel ben Benjamin ha-Rofe in 1289. The scribe explicitly states that he copied it from a woefully corrupt exemplar that was full of errors; begging the indulgence of his readers, he writes that although he had attempted to correct it as much as possible, “I know that I have not fixed even half of the mistakes.” All subsequent printings of the Jerusalem Talmud have reused this first edition’s text.