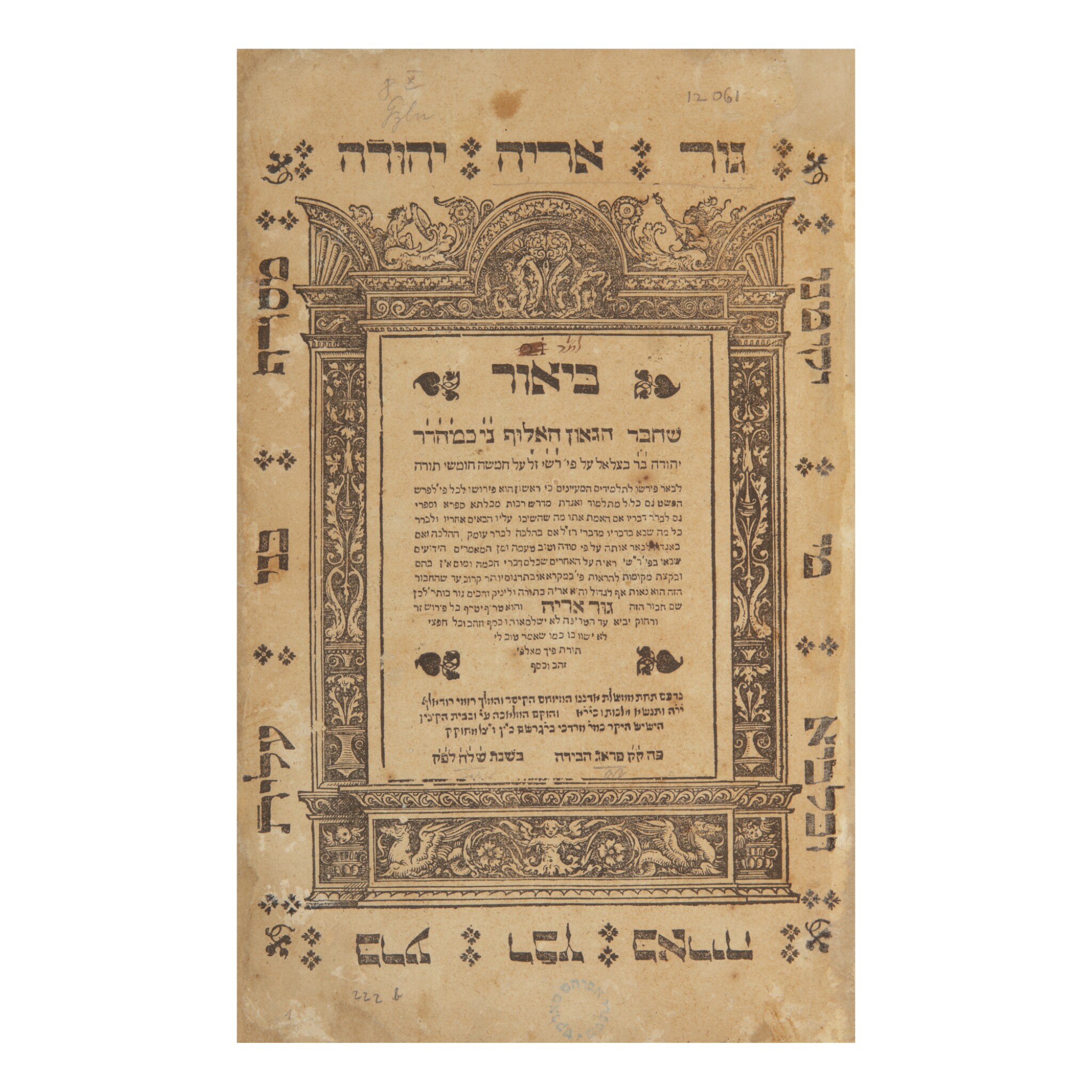 The first edition of a classic exposition on Rashi’s canonical Pentateuch commentary.

Rabbi Judah Loew ben Bezalel, better known as Maharal of Prague (ca. 1525-1609), the scion of a noble, scholarly family hailing from Worms, spent the years 1553 to 1573 as Landesrabbiner (district rabbi) of Moravia before moving to Prague. There, he founded a yeshiva, organized a Mishnah study circle (see lot 160), and regulated the statues of the local hevra kaddisha. After at least one stint as rabbi in Posen, he returned to Prague, serving as its chief rabbi until his death. An ascetic, pietistic polymath and charismatic leader, Maharal of Prague famously attached great importance to proper pedagogy, criticizing the approach of his contemporaries who started teaching youths advanced subjects before they had mastered the basics. He was particularly incensed by those who “teach boys Bible with the commentary of Rashi, which they do not understand.” The present work, Maharal’s first in print, is an important supercommentary on Rashi, including discussions of the biblical text, Targum, and Midrash.