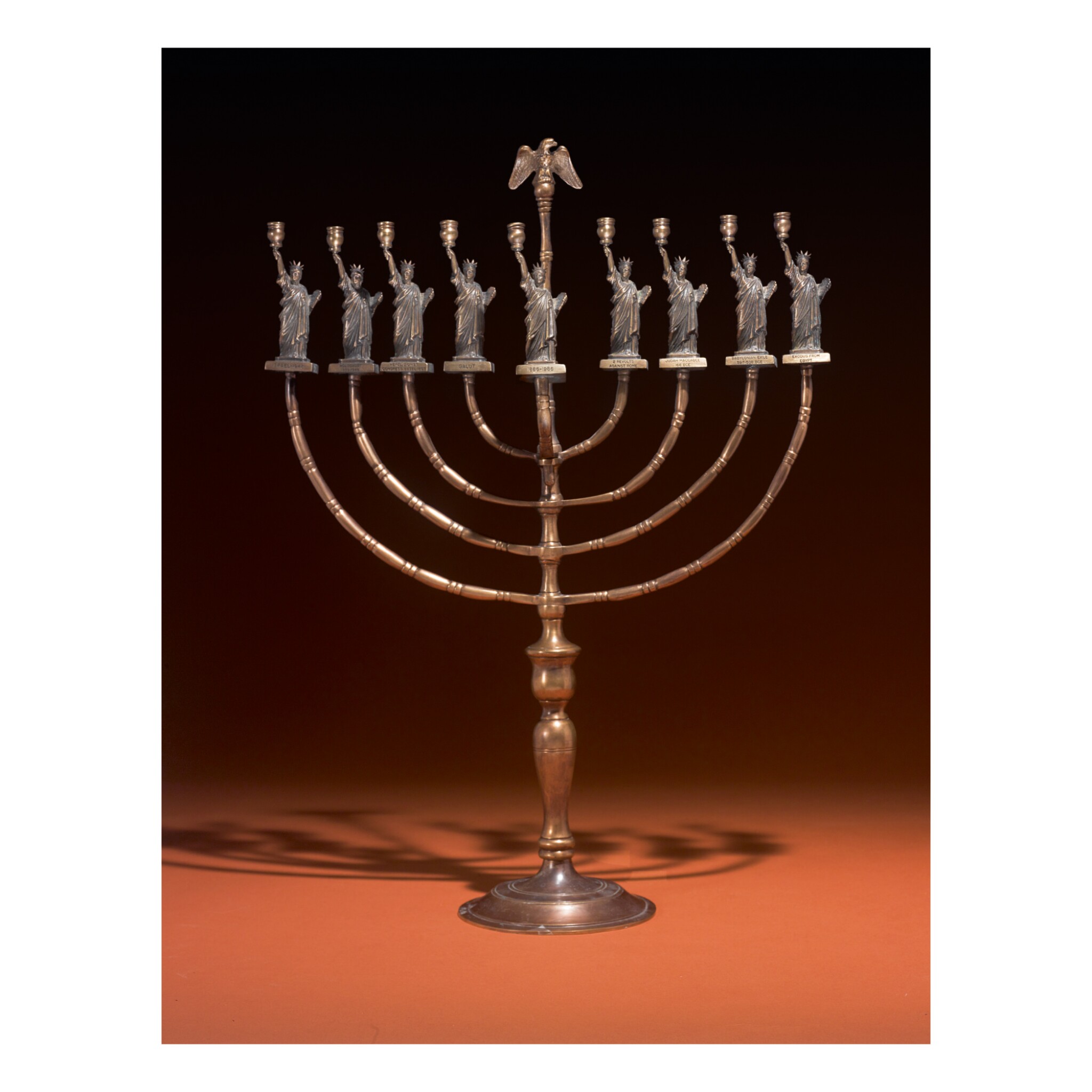 of tree form, with spread-eagle finial, each sconce modeled as a figure of Liberty with engraved captions

signed and numbered on servant light M. Anson / 51, one sconce cast "Made in USA"

Just before the Second World War, Manfred Anson, born Germany 1922, was one of twenty boys saved by the Jewish Welfare Guardian Society of Australia. In 1963 he came to America, and in 1986 created this design, the sconces cast from souvenirs for the Centennial. He gave the original to the Statue of Liberty National Monument, another is in the National Museum of American History. One is in the Skirball Museum, illustrated on the cover of the catalogue, New Beginnings; The Skirball Museum Collections and Inaugural Exhibition, 1996.