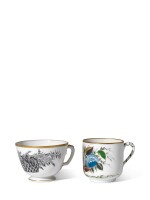 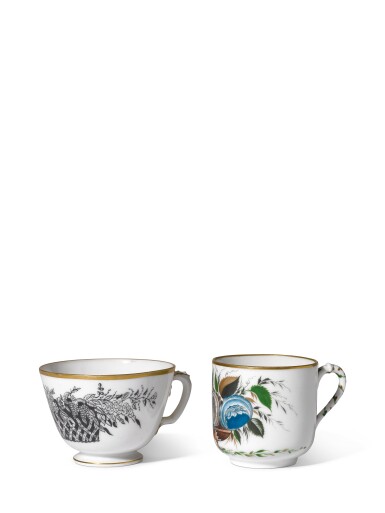 one with a black basket of fruit and flowers on white ground, gilt rim and handle, with green Imperial cypher of

Both in excellent condition.

The collection of Nicholas Lynn