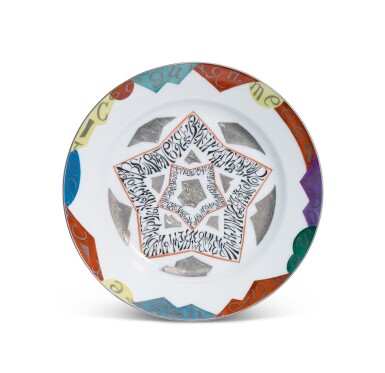 the cavetto decorated with two red stars and grey ciselé geometric shapes, surrounded with the lyrics to The

Internationale ('Stand up, damned of the Earth, stand up, prisoners of starvation...'), the borders decorated with

for Nicholas II dated 1909 and blue factory mark dated 1921, further impressed in the paste with numbers 11 and 0

Excellent condition; with only minor surface wear and scratches consistent with age.