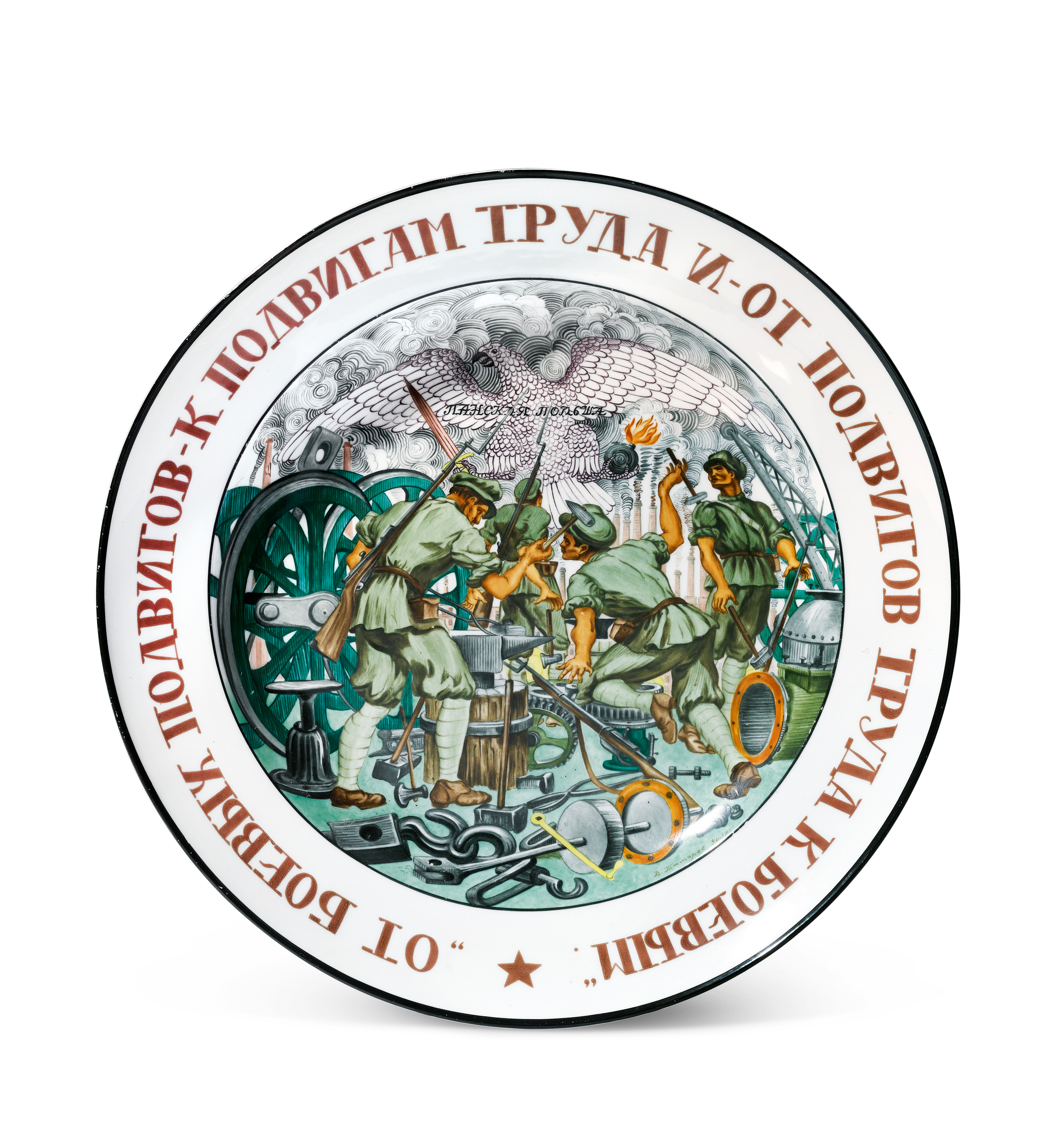 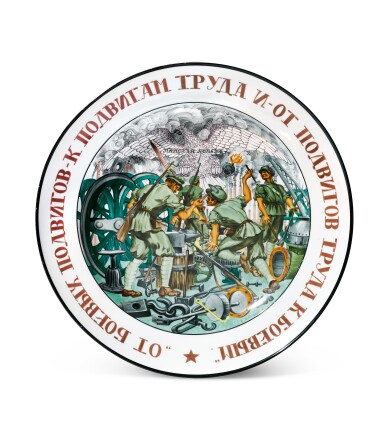 An almost identical platter is in the collection of the British Museum, London (museum number: 1990,0506.5).

The visually bold and impressive platter depicts the military conflict on the Polish front. The Polish-Soviet War of 1919–1921 erupted as a continuation of the Russian Civil War and shortly acquired an international dimension. For Lenin, guided by Marxist ideology, this conflict was an opportunity to sovietise Poland and export the socialist revolution further west into capitalist Europe. Renowned worldwide for its strong graphic appeal and a new visual style, agitfarfor, or propaganda porcelain, was one of the favoured tools of the new Soviet states to promote their dreams and ideology to the people.

The painter Vasiliy Timorev trained in the workshop of Ilya Repin at the Saint Petersburg Academy of Arts and Elizaveta Kruglikova’s studio in Paris. Timorev began his career as a graphic artist, thereby mastering the skill of creating a synthesis between visual narrative and finely calligraphed inscriptions. In 1918, he started working on propaganda porcelain at the State Porcelain Factory alongside other talented artists who helped the young Soviet government to champion their new vision of the world.