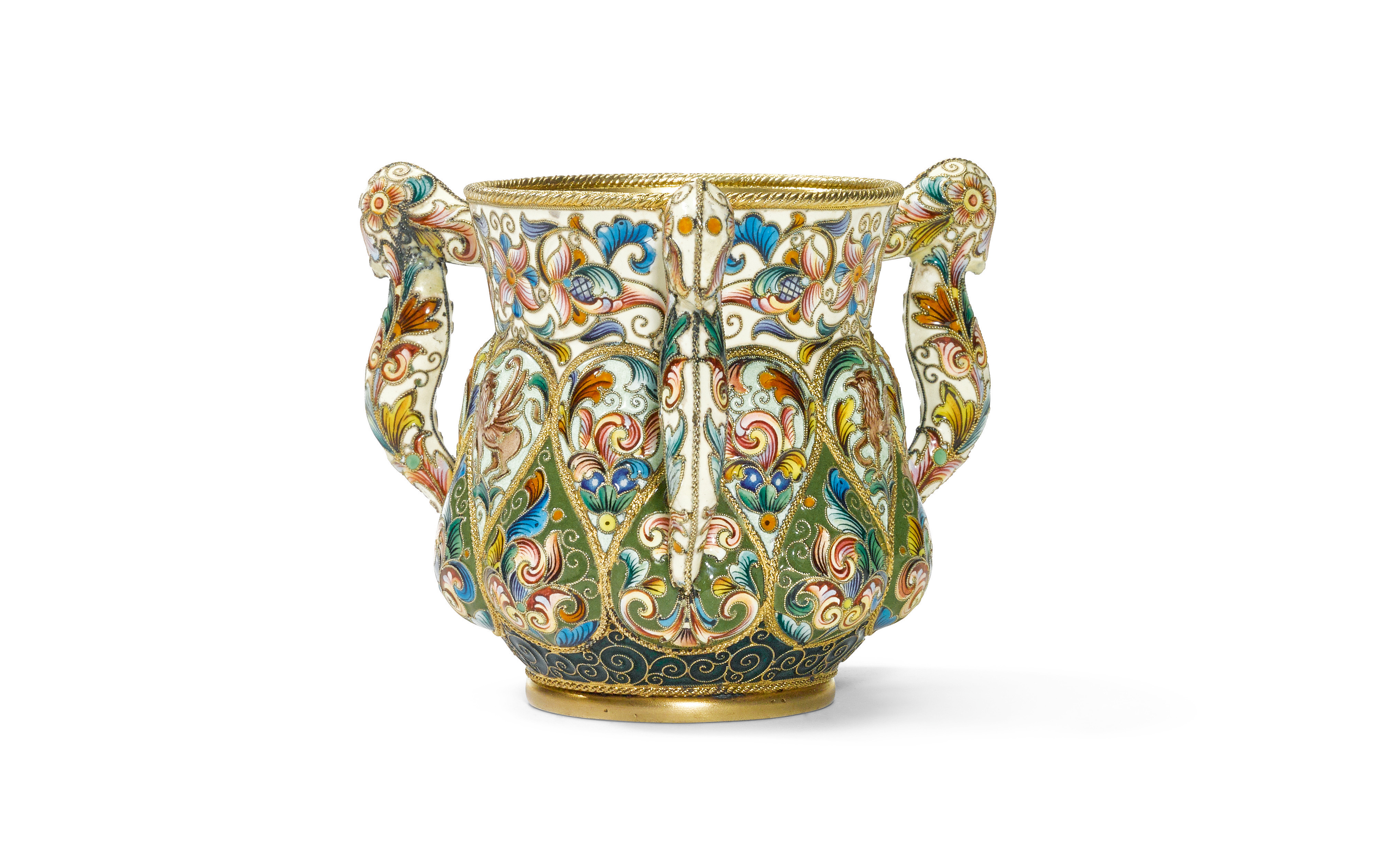 flowers against varicoloured grounds within applied cable borders, the upper border and shaped handles with stylized,

colourful flowers and foliage on a cream ground, the lower register enamelled on varicoloured green grounds, the

Overall in good condition; with a handful of chips to the handles, some to the metal. Some minor areas of restoration visible to the naked eye.