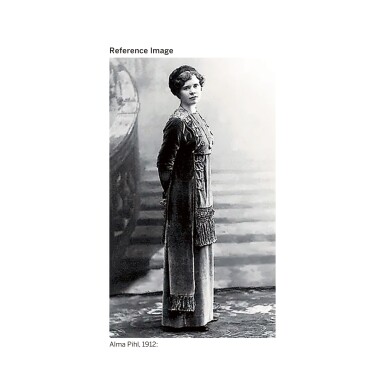 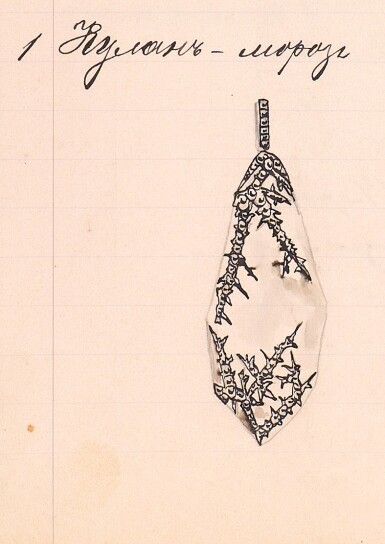 Property from the Collection of Caroline P. Ireland

Overall in good order. The rock crystal with several small chips. The front of the pendant with three small ones and the reverse with a handful more and associated scratches. The widest chip approximately 1-2mm wide.

Exhibition Catalogue, The art of the Goldsmith & the Jeweler: a Loan exhibition for the benefit of the Young Women's Christian Association of the City of New York, A La Vieille Russie, 1968, p. 111 illustrated, no. 288 listed

Exhibition Catalogue, Fabergé: A Loan Exhibition for the benefit of The Cooper-Hewitt Museum, The Smithsonian Institution's National Museum of Design, New York: A La Vieille Russie, 1983, p. 109 illustrated, no. 379 listed

The Mr. and Mrs. Lansdell K. Christie Collection of Fabergé, The Metropolitan Museum of Art, New York, 1962, no. 16

New York, A La Vieille Russie, The art of the Goldsmith & the Jeweler: a Loan exhibition for the benefit of the Young Women's Christian Association of the City of New York, 6 November- 23 November 1968, no. 288

New York, A La Vieille Russie, Fabergé: A Loan Exhibition for the benefit of The Cooper-Hewitt Museum, The Smithsonian Institution's National Museum of Design, 22 April - 21 May 1983, no. 379

Related to Fabergé’s Imperial Winter Easter egg of 1913 in its evocative transformation of ice into frosted rock crystal and glistening rose-cut diamonds, this pendant would have been significant in Fabergé’s famous series of frost designs, intended for an important recipient. These pieces, designed by Alma Pihl and executed by Albert Holmström, are some of the most iconic and imaginative produced by the firm.

This large and impressive pendant relates most closely in design to a sketch from the stock books of Albert Holmström’s workshop, dated 2 May 1913, described as a carved rock crystal frost pendant mounted in platinum and set with fifteen brilliant and ninety-two rose diamonds (K. Snowman, Fabergé: Lost and Found, London, 1993, p. 134, illustrated). The present pendant and the sketch vary only slightly in the branching of their diamond-set mounts (fig. 1). Other extant examples include a large globular diamond-set rock crystal pendant acquired from Fabergé’s London branch by Mr Oppenheimer on 23 December 1913 for £60, which eventually formed part of the Forbes Magazine Collection, New York (K. Snowman, op. cit.) and a very similar octagonal pendant further bordered in rose-cut diamonds from 1913, which was a wedding gift from Dr Emanuel Nobel to his nice Andriette (Andri) Nobel (U. Tillander-Godenhielm, Jewels from Imperial St Petersburg, London, 2012, p. 244).

The ingenious design of this pendant is a sophisticated variation of Alma Pihl’s original idea to preserve transient ice flowers in rose-cut diamonds and rock crystal. The commission of these pieces resulted from the visit of Dr Emanuel Nobel, a successful businessman and director of the Nobel oil empire, to Fabergé in January 1911. Nobel required forty small pieces of jewellery, which he planned to tuck into white linen napkins at his company parties. Each jewel was to be completely unique, created from high quality materials but on a modest scale. Alma Pihl was placed in charge of this expedited order (U. Tillander-Godenhielm, op. cit., London, 2012, p. 242).

Alma Pihl’s work on Dr Nobel’s commission began immediately following his visit in January. Searching for inspiration, she famously gazed out of her frost covered workshop window and noticed ice fractals forming, ‘like a garden of exquisite frozen flowers’ (U. Tillander-Godenhielm, op. cit.). The shimmering, intricate delicacy of these ice flowers gave her the idea to transform rock crystal, tiny diamonds, gold and platinized silver into six different brooch designs.

Nobel was so please with Alma Pihl’s frost-inspired brooches that he purchased exclusive rights to her design concept. In addition to distributing ‘frost flower’ souvenirs at company parties, Nobel also commissioned more significant brooches and related frost-jewels, inspired by them, for more personal purposes; these impressive designs, similar to the present pendant, were often given out at large family gatherings notably to Nobel family brides at their weddings (U. Tillander-Godenhielm, op. cit.).