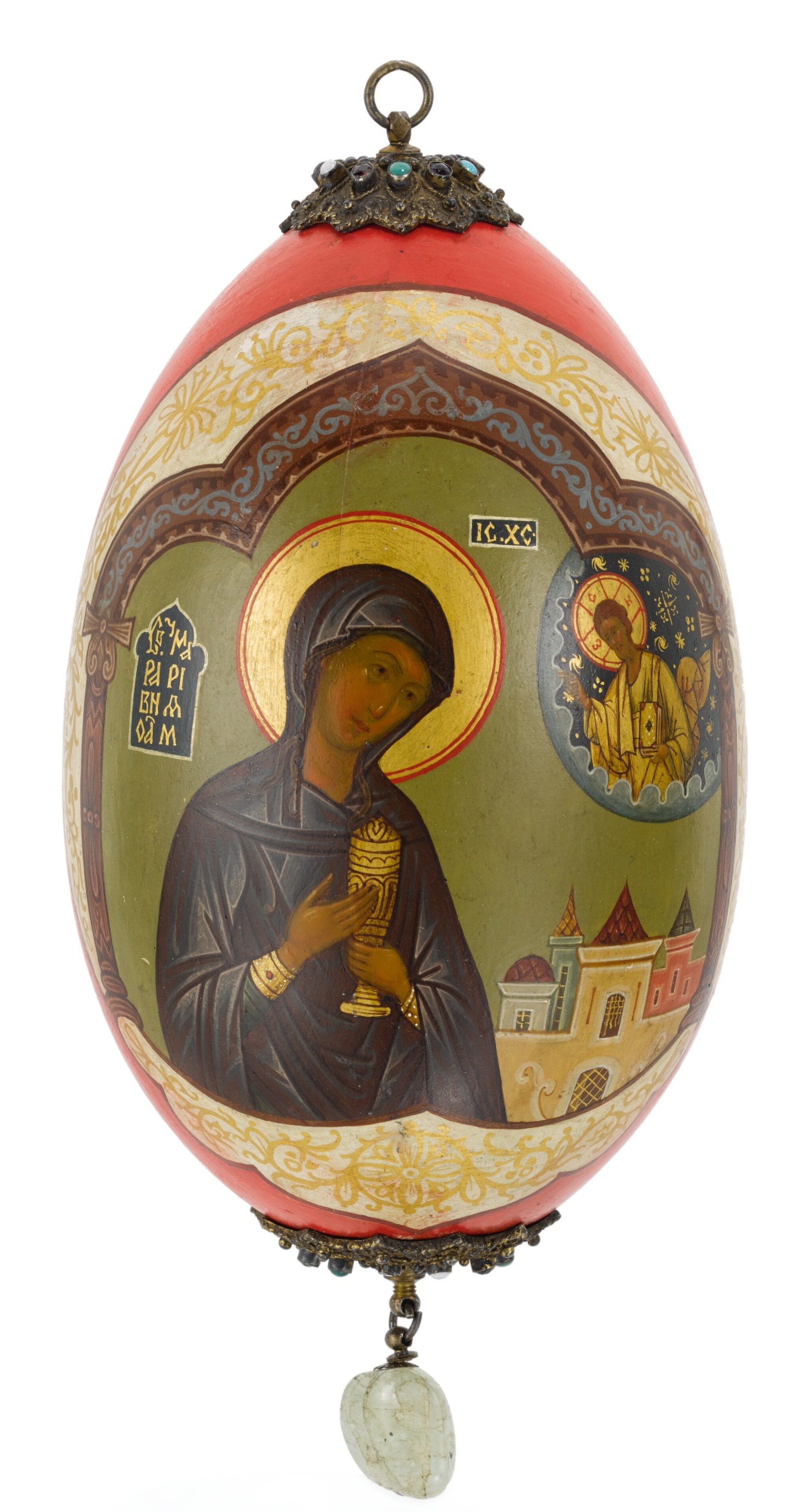 In very good condition. With minor surface wear, consistent with age. The join of the egg slightly visible.

Emilianov and the Imperial Family

Undoubtedly influenced and perhaps taught by the painters at Palekh and Mstyora, Emelianov's work drew from the traditions of early Russian iconography, favoured by collectors of the time. His masterful execution of details and use of dynamic colour patterns indicate both his control of technique and perhaps a more creative fine art education. Possessing a broad stylistic range, Emelianov carefully blended traditional styles with Art Nouveau influences of the time. The only icon painter in the 'Society of the Revival of the Artistic Rus’, he promoted the historic art of Russia together with such luminaries as Vasnetsov, Bilibin and Makovsky.

Emelianov’s most notable works include the decoration of the Feodorovsky Sovereign Cathedral in Tsarskoe Selo, commissioned by Emperor Nicholas II in 1908 for the use of his family and the regiments protecting them. For his work on this important cathedral, Emelianov received a silver medal on a Vladimir ribbon ‘For diligence’, as well as ‘personal gratitude’ from Emperor Nicholas II (RGIA, F.489, Op.1, Ed.hr. 26, L.390 and Ed.hr. 27, L.65, 1914). His work also appeared in the iconostasis of the Church of the Feodorov Mother of God in Honour of the Tercentenary of the Rule of the House of Romanov in Saint Petersburg.

The 1934 Hammer Galleries catalogue (fig.1) notes that the current lot was presented to Grand Duchess Maria Nikolaevna, perhaps as an Easter gift from Emilianov himself or as a commission by her parents.